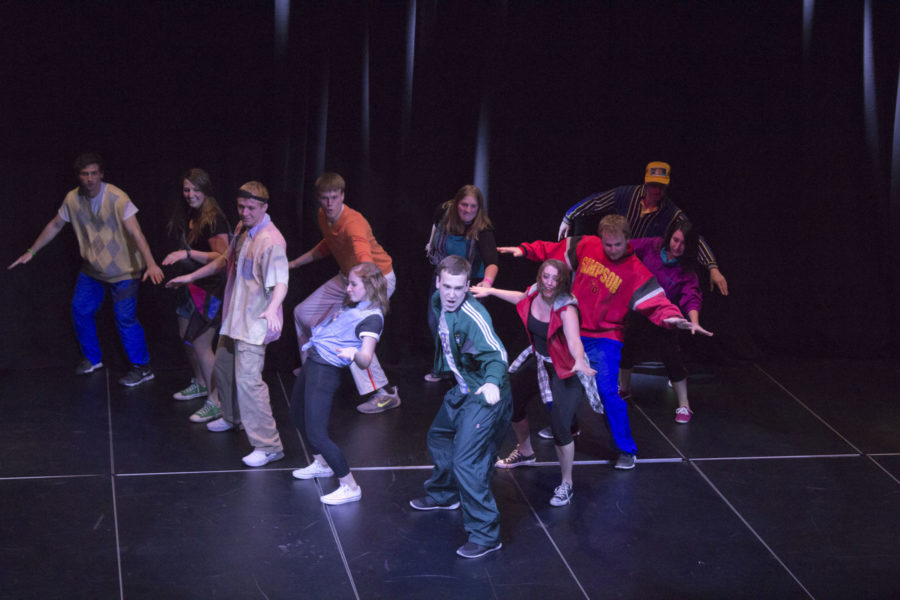 Greek Week can be described as a beautiful paradox: it’s a week full of head-on competition between chapters on campus, yet at the same time, a unity amongst the Greek community. This year’s theme: 90’s Nickelodeon.

This could be due to the significant changes that were made in contrast to previous years, namely the devaluation of competitiveness within the service project. Until this year, the service project was “Penny Wars”; however, speculation that the competitive incentives contradicted its service-based intentions ultimately championed and, thus, was eliminated.

In lieu of this, a total of 60 fleece tie blankets were made and donated to Project Linus chapters in Des Moines and Cedar Rapids.

Also new this year was a sexual assault presentation along with bystander intervention training put on by SARA. Over 200 Greek students were in attendance.

“The reality is, we’re all college students,” Lash said. “We’re all extremely busy… How many times have seniors, juniors, sophomores, freshman, anybody, sat through a presentation [on] alcohol awareness, or sexual assault awareness, or done a service project? It’s just not the top priority of anybody… I think putting points to it incentivizes people to make it a priority.”

Lash points out that the purpose of integrating a more serious tone with events such as service projects and sexual assault presentations is to unify the Greek community, rather than letting each house tackle a respective issue alone.

In fact, her favorite part of Greek Week was seeing fraternities and sororities helping each other out during the service project, despite the valuable points at stake.

Jensen echoes the sense of camaraderie by saying his favorite part was participating in Ultimate Musical Chairs. “People weren’t cheering against each other, they were cheering for each other,” he said. “People were very respectful.”

Lash and Jensen gave the week a 10/10 rating, despite the fact that sand volleyball was canceled due to the rain.

“There wasn’t a moment that I wasn’t excited in the week,” Jensen said.

Steph Lash contributed to this article.