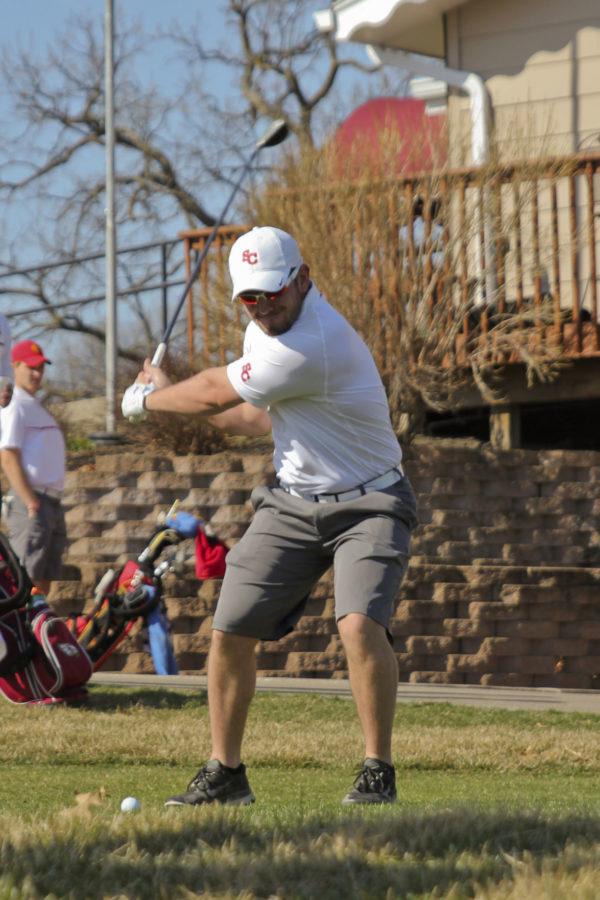 The start of the month brought perfect 80-degree temperatures, but 30 miles per hour winds to the Indianola Country Club to greet teams competing at the Simpson Spring Invitational on April Fools Day.

The Simpson College men’s golf team was no joke though, brushing aside the wind and nine other competitors to finish first in the spring season opener behind a an even par (71) from senior Andy Hutchins.

“What I did to handle the wind was to mentally block it out of my head,” Hutchins said. “I still had to make minor adjustments before hitting a shot but I played the round as if there wasn’t any wind.”

On 14 holes, Hutchins made par, birdieing two, while only committing two bogies. It was his second career win.

“With this being my last year, I want to make it a memorable one,” Hutchins said. “So far, it’s off to a good start personally and as a team.”

Hutchins wasn’t the only Storm golfer to come through.

Four golfers finished in the top 10, with Shaan Desai shooting a 75 to take third, and September 2014 student-athlete of the month, Trent Lindenman was tied for fifth, shooting a 78.

Lindenman chalked up part of the performance to the team’s scores during their spring break trip to Arizona.

“We had confidence going into the tournament based on how well out scores were on spring break,” Lindenman said. “We had good preparation leading up the tournament.”

Junior Marshall Kray finished with a round of 80, tying for eighth as another freshman, Nick Hartman, shot an 81 to tie for 10th in the field of 54 golfers.

This depth bodes well for the Storm this season.

“Our outlook is going to look great this season,” Hutchins said. “If we can four out of the five players on varsity to perform at their [best] level we should place at the top or near the top of each tournament.”

With the win it was Simpson’s third team victory on the year, winning in Indianola in the fall and in the Loras Invitational back in September.

The Storm will look to make it two wins on the spring season and four on the year as they head to Waverly for the Wartburg Spring Invitational on April 10-11.