Our View: Summer housing options cause more harm than benefits 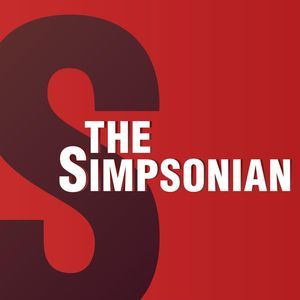 Simpson College evidently thinks its apartments are worth more than $1,400 per month over the summer. But ask any students or alumni who ever lived in one, and they will disagree.

For students staying on campus over the summer, Simpson opens the Clinton apartment building on a first come, first served basis. In previous years, each student was charged $10 per day, or $8 for those working on campus, equaling out to about $240-$300 per month per student.

Simpson is gouging its students wanting to live in the Des Moines area who have few other housing options with these ridiculous rates. Three month leases are a rare find and impose extra challenges of potential background checks and furnishing an apartment, among others.

Some students live hours from Simpson, in small towns not close to metropolitan areas. They could choose go home and work in a grocery store or be a nanny, but many would rather work somewhere they can gain career experience and something to put on a resume.

There are many students without the reasonable option to go home over the summer and still gain valuable work experience, or those who live too far to feasibly go home, and instead stay in the Des Moines area. And starting this summer, all will be paying a ridiculous amount to simply stay in a campus apartment.

An apartment in the building deemed Simpson’s No. 1 party building during the school year. The building with the worst parking situation, including a narrow dirt lot; the building furthest from the center of campus. The building that, without these summer staying students, would sit empty.

If Clinton were empty, Simpson wouldn’t lose money. The school would continue to maintain the building and possibly make updates or repairs if needed, but it would not hurt Simpson to have an empty apartment building.

But with students filling the building those extra three months, Simpson’s financial bottom line gets an extra cushion — a cushion that will only increase with this increased housing rate.

For some perspective, Wakonda Village, an apartment complex located a few blocks from Fleur Drive in Des Moines, charges, on a month-by-month basis, $780 including all utilities besides electricity. Divided between four students staying in the two-bedroom unit, that breaks down to $195 without electricity factored in.

This apartment complex is in Des Moines. The cost for transportation for students working in Des Moines would go down, along with the rent, significantly with this option.

Simpson clearly has not taken into consideration its competitors in regards to summer housing options. Why would our school choose to charge an inflated amount to its own students only for wanting to stay on their own campus over the summer? Where is the benefit? We only see harm.