Better Together Day embraces religious diversity through discussions of faith 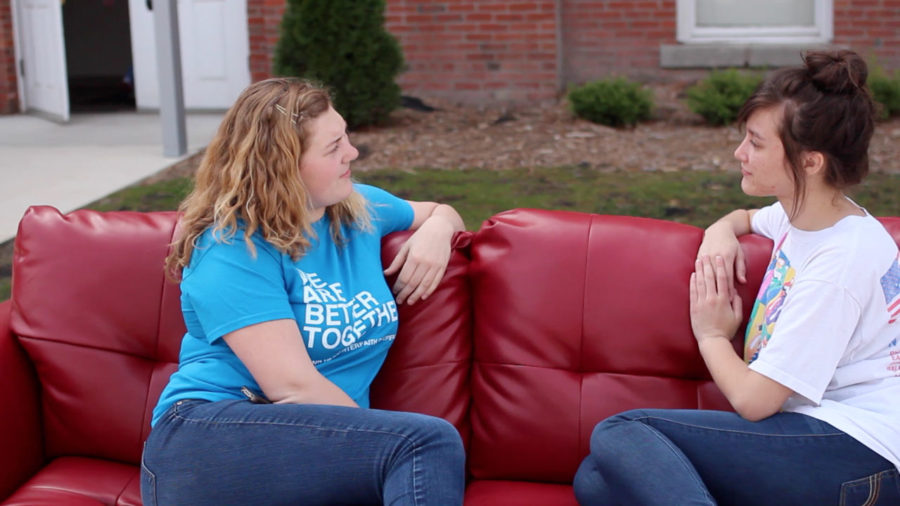 Better Together Day is a yearly event where students can come together to talk about their faith and what they believe in. The day is a nationwide event and this year Simpson College’s Interfaith group hosted the event outside in front of Mary Berry. It was a location that allowed students to stop as they were passing by and talk about their beliefs.

There were cookies, drinks and a couch for students to talk. Each student that participated got their photo taken for the Better Together Day photo wall. If students walking by didn’t have time to stop they could sign their name on a list and be contacted about it later.

By signing the list you get put on an email list for the pledge. The pledge asks you to talk to a person of a different religious or non-religious background, learn one thing about what they believe and share a picture of it to the photo wall.

MacKenzie Bills, a junior and the Interfaith intern at Simpson, was helping to host the event.

“It’s important to have faith conversations and not of faith conversations because in a world today full of religious pin points that are affecting the world internationally we should have these conversations every day and create tolerance and be open-minded to other people,” Bills said passionately. “That can, in the end, help solve some of our issues here.”

Bills hopes that the event will help students to realize that there is a large amount of religious diversity on campus and that having these conversations can help with understanding different issues.

Victoria Halloran, a junior, was at the event helping out as well and urging students to sign the pledge. Halloran said that freedom of religion is important to her because she doesn’t believe that there is any religion that is more important than another one.

“It’s through cooperation that all religions that we will better humanity,” Halloran explained.

Many other students agreed as they signed the pledge or stopped by to talk. One student was on her way to class when she saw the couch and became curious as to what was going on. Heaven Perez, a sophomore, stopped to sign her name because she thought it was a good cause.

“It gives people the chance to express themselves and not be judged for it,” Perez said.

For more information on Better Together Day go to ifyc.org.