Women’s soccer swoops in for road win at UW-Platteville 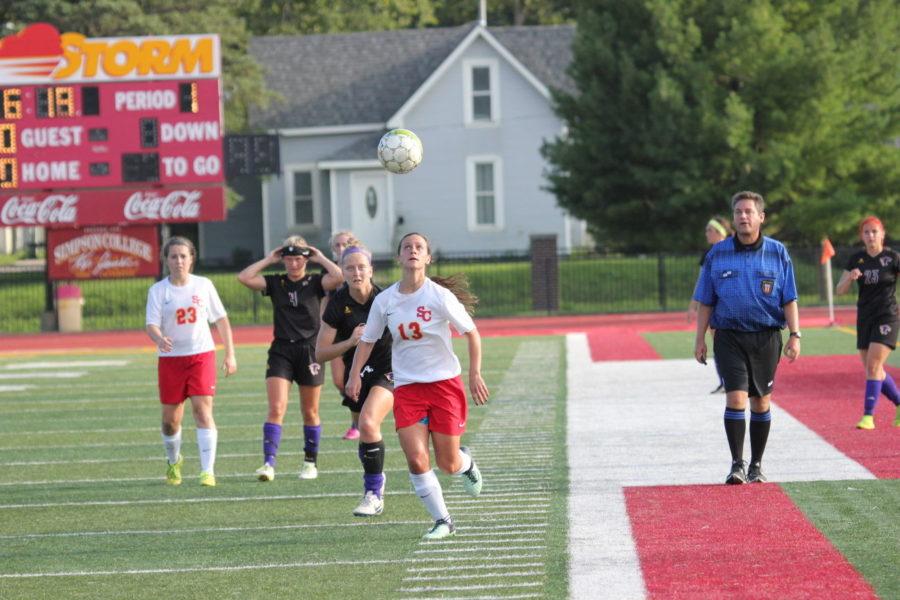 So far this season, things are much different.

Simpson jumped out to a 2-0 lead at the half and hung on to win 3-2 as the Storm (2-2) tied last year’s win total in Sunday’s victory over the UW-Platteville Pioneers in Wisconsin.

Head coach Jill Serafino won her first career game on Wednesday and followed it up with her first career road win today as Simpson won as the visitor for the first time in nearly two years.

Meredith Harrison put Simpson up 1-0 with a goal in the 16th minute, her second in as many games. Mackenzie Stump wasted no time in adding the Storm’s second goal, delivering a score of her own just under six minutes later.

Emily Phillips broke Platteville’s scoring drought with a goal in the 67th minute.

Casey Reisen brought the Storm some breathing room with a score in the 86th minute though. It was Reisen’s second consecutive game with a goal.

Yamilex Jaramillo gave the Pioneers one last gasp for air with a goal in the 90th minute but it wasn’t enough as Simpson held on 3-2.

Netminder Kristin Riley improved to 2-2 on the year, making four saves in 90 minutes of play in the box.

Simpson was outshot 17-12 but the Pioneers committed six more fouls on the day.

The Storm head to Lincoln, Neb. for a matchup with future Iowa Intercollegiate Athletic Conference rival, Nebraska Wesleyan on Wednesday. Kickoff is set for 6 p.m.