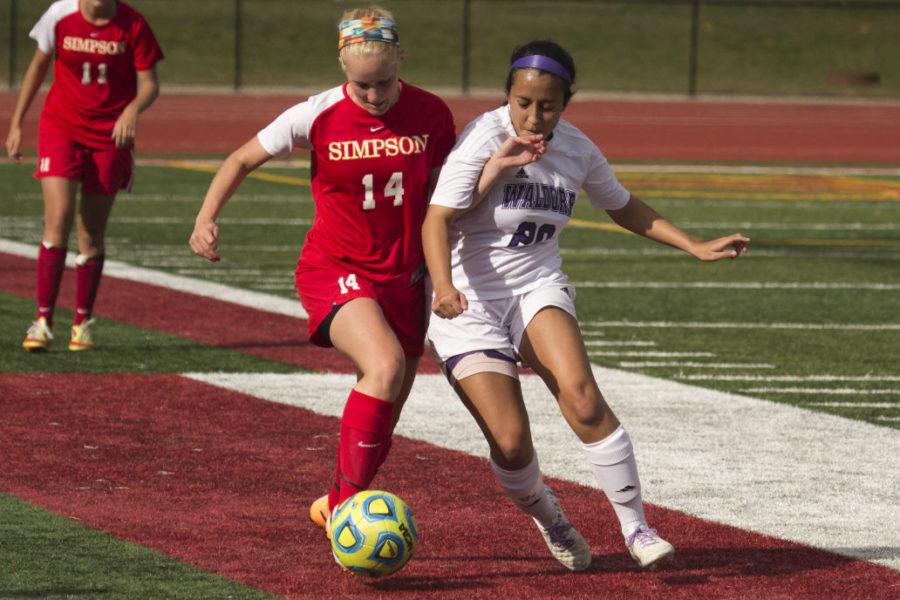 Jenna Harse put St. Mary (4-1) in the third minute, scoring on a cross from Lisa Martinez. Both teams generated scoring opportunities but were held scoreless for much of the rest of the way.

“I would say we’re struggling to keep the intensity for 90 minutes,” head coach Jill Serafino said. “I think we’ve been a better team technically but we’ve just been inconsistent.”

The second half was a much different game. Simpson (2-4) was on the offensive for the majority of the half and put a lot of pressure on the St. Mary back line and goalkeeper, Courtney Smith, who made eight saves – five of which came from Casey Reisen.

With 5 minutes left though, St. Mary scored off of a header from MaryBethe Smith to give them a comfortable 2-0 lead.

While Simpson lost, they are starting to trust each other more and build chemistry. The second half of the game showed them pulling out of an offensive slump. It was just a matter of finishing.

“I think that we were there. We started getting over the hump and we kind of had a little bit of a dip and came up a little bit unlucky,” Serafino said. “I think we can build off the success we had in the couple games where we were able to score three goals a piece. So it’s really about getting back there.”

The Simpson women’s soccer team will be back in action tomorrow, Sept. 20 at Augustana College (Ill.).