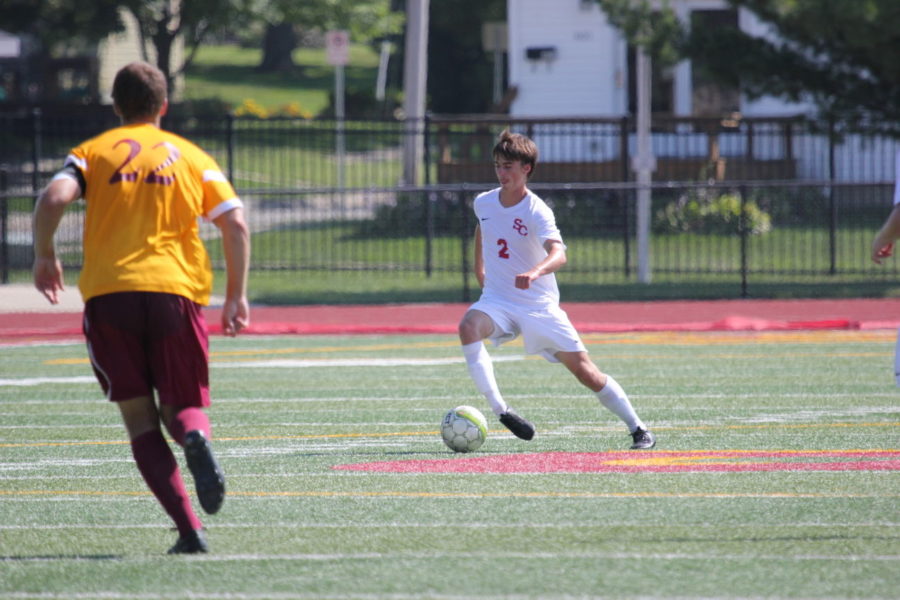 The Simpson men’s soccer team stayed undefeated on Saturday but they didn’t come away with a win as they settled for a 2-2 draw with the Bethel University Royals (1-3) in Arden Hills, Minn.

Both teams played even ball all day as Bethel barely edged the Storm (3-0-1) in the shots column, 15-13, as all four of the game’s goals were scored in the first half.

Garrett Pochop put Simpson up 1-0 with a header in the 11th minute. Tyler Neumann and Cody Jacobson both factored in on the assist as Pochop notched his team-leading third goal.

The Royals tied it up on a Ryan Ness free kick score in the 16th minute although Marcus Varnum reclaimed the lead for the Storm with a goal in the 32nd minute. Collin Hemann came through with the assist.

It was Ness again in the 39th minute as Bethel knotted the game up 2-2. Both teams generated two shots in the overtime period but neither could score over the final 71 minutes of play.

Zach McEntee made two saves in 110 minutes of play in goal.

The Storm have a quick turnaround as they play host to Saint John’s (Minn.) at 3 p.m. tomorrow afternoon. Simpson fell 1-0 to the Johnnies last year.