Norse cut through the Storm 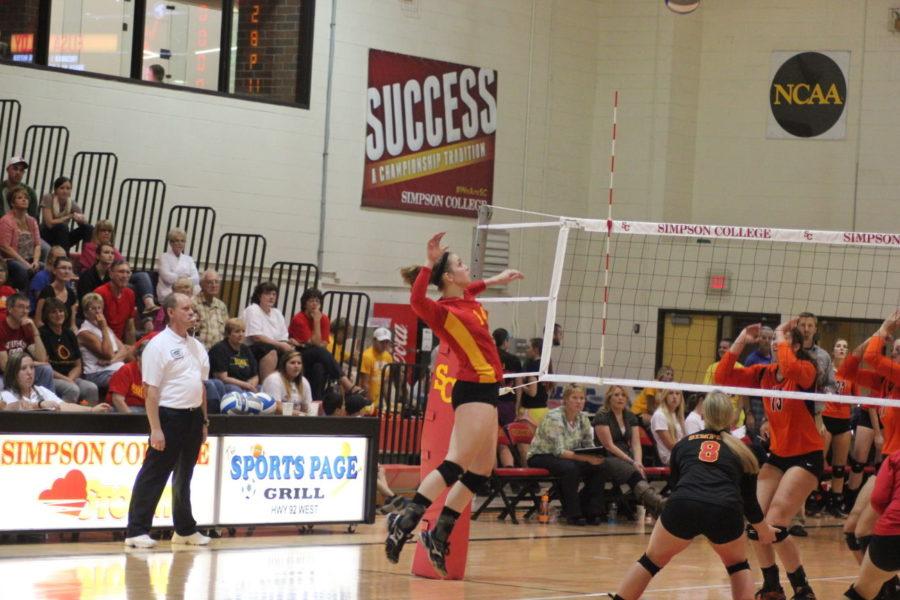 DECORAH, Iowa – The Luther Norse attacked with efficiency and stifled the Storm defensively as they handed Simpson a 3-0 loss on Tuesday night.

MacKenzie McGraw had 12 kills to led Simpson while sophomore Jacqueline Luth continued to have a strong start to her sophomore year, recording seven kills and 16 digs.

Luther also blocked eight Simpson shots to only two for the Storm.

Simpson volleyball gets back on the saddle for the annual Iowa Intercollegiate Athletic Conference – Northern Athletics Collegiate Conference Crossover Challenge in Dubuque beginning on Friday, Sept. 25.

First up on the four-match weekend slate is Marian (Wis.) at 3 p.m. followed by the Milwaukee School of Engineering at 7 p.m.