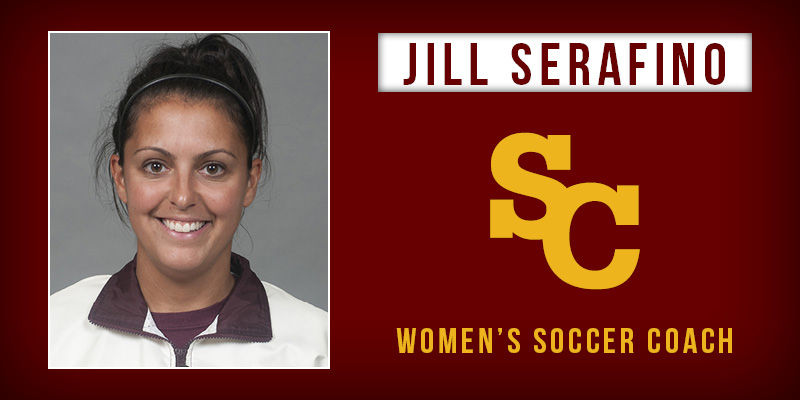 A proven winner, Serafino comes from Springfield College, where she helped lead the Pride to three straight NCAA Division III tournament appearances in 2012, 2013 and 2014.

She also helped revitalize an American International program that saw a 1-15-1 record a season prior to her arrival. By the end of her tenure with the Yellow Jackets, they had advanced as far as the second round of the NCAA Division II Tournament.

Her first preseason at Simpson has seen the team make great strides in becoming the team that Serafino aspires to see on the pitch.

“It’s [the preseason] going really well, the girls have been great, there’s been a ton of energy and effort. I think we’ve gotten a bit more tactical minded. I think the team coming in was pretty technical. It was more really getting them [the players] on the same page in terms of the system we’ll be playing in the fall,” Serafino said.

Despite the obvious progression being made by the players, changes still needed to be made to the program.

“Mostly structure and discipline and just letting them [the players] know that they should be proud to wear a jersey and be a part of a varsity sport at Simpson College. Also, not be afraid to show pride and take accountability for their actions,” Serafino said.

Success doesn’t come easily for any program, but Serafino has picked up certain things in her various coaching stops that she hopes to apply to the Storm.

“Team chemistry. I would say a lot of coaches take that for granted, definitely on the field, but off the field as well. Respect for one another can go a long way in terms of success on the field and getting results. I think the focus of that is probably something that they haven’t been used to in the past, but has proven at the other schools I’ve been at to work really well. Also, recruiting.

As soon as I came in here I was looking to 2016 and beyond because I came in at such a tough time. I couldn’t really recruit for 2015, I just kind of had to work with what I had, which is fine because there are great newcomers that have come in and great returners, so I have a really great bunch and I’m fortunate for that, but looking ahead, the recruiting, to try and increase the speed of play is where I’ve found the most success so if we can increase our speed of play, I think that we can probably beat any opponent,” Serafino said.

As for expectations for the upcoming season, Serafino had one definitive goal.

“To shock the conference. That’s the hope.”