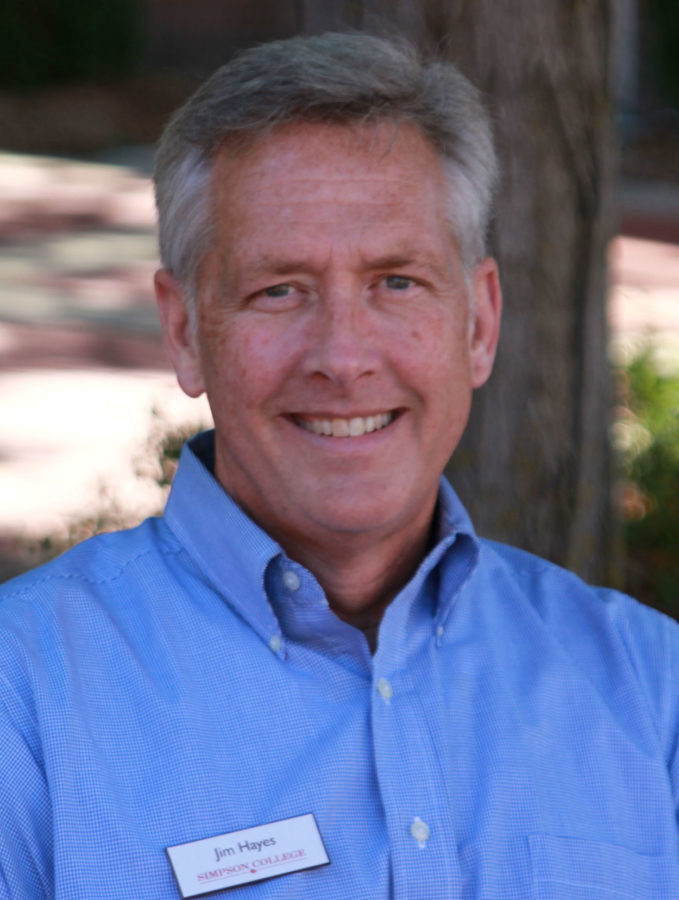 Student first-year retention rates for a five-year average at Simpson College are at 80 percent. This means that 80 percent of students who started their first year of college at Simpson stay and graduate between four and six years from Simpson.

The goal for 2019 is to raise that percentage to 85 percent. The man in charge of making this happen is associate dean Jim Hayes, who was named director of retention and student success this past summer.

The percentage of students who came to Simpson their first year and remained at Simpson through graduation is higher than the national average for private colleges. According to the National Center for Education Statistics, as of 2013 the percentage of students who began college at a private school and stayed at that school until their graduation after six years was 65 percent.

Though Simpson’s percentage is an average of students who graduated between four and six years, the numbers still make it clear Simpson’s rates are higher than most.

Though Simpson’s percentage is high, Hayes and the college’s cabinet set a goal to still aim higher.

Hayes’ position calls for a plan of action to make the goal of raising the retention percentage a reality. He has done extensive research and has had interviews with various people on campus in order to create a proposal for change within the next year, three years and five years.

Hayes gives an example of what is being done to get information about the incoming freshmen and their first few weeks of school in hopes that if something is going wrong, they will catch it and be able to improve upon it.

“A couple of things that we’re doing in the first-year goals is surveying this class that just came in,” Hayes said. “Paying attention to how it’s going and what kinds of recommendations do you have for improvement, right on the front end, because most students make up their mind about whether they are staying or going within the first six weeks of class.”

President Jay Simmons adds he believes Simpson has a responsibility to the students who come to help them through obstacles and make them feel this is the place they should be.

“We have an obligation when a student comes to Simpson to make sure we are doing everything we can to support that student,” Simmons said. “Some students are going to come to Simpson and, for whatever reason, decide ‘I need to do something else now,’ but we never want it to be because of a failing on Simpson’s part.”

Hayes has been working all summer in this position researching what Simpson is doing well, what Simpson needs to improve upon, what sort of resources aren’t available and why students aren’t wanting to stay.

President Simmons explains why Hayes is a good fit for this position.

“He knows the campus extremely well. The faculty and the staff both have a lot of respect for Dean Hayes because he has worked with everyone. He’s got good, solid, strong academic credentials,” Simmons said. “He has that wonderful pastoral talent that makes him so good at working with students and negotiating difficulties that people might encounter. He is inherently trustworthy, engaging and he has a good sense of humor. “

As director of retention and student success, Hayes is always seeking information that would help improve Simpson so fewer students feel they need to leave. If students have ideas, they are encouraged to get in touch with Hayes at [email protected]