No. 10 Loras too much for Simpson in IIAC opener 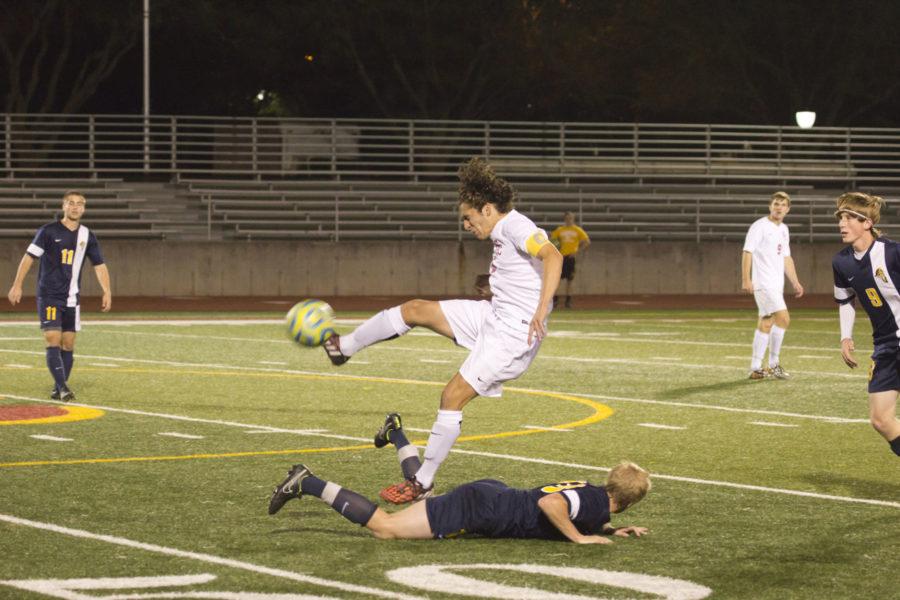 Simpson wasn’t able to break that streak on Saturday as the No. 10 Duhawks blanked the Storm 3-0 in the Iowa Conference season opener.

Justin Giacotto scored on a header in the 18th minute to break a scoreless tie to give Loras a 1-0 lead heading into the half.

Simpson (4-5-1, 0-1) hung with the Duhawks until Loras tacked on two more insurance goals. Ike Bruns assisted on Bryan Irwin’s goal in the 59th minute and Mike Gordon’s in the 63rd.

Goalkeeper Zach McEntee made one save in 90 minutes in goal, dropping his record to 3-4-1 on the season.

Simpson leads the Iowa Conference in shots with 164 although they could only muster up six shots, three of which are on goal.

Simpson will aim to even up their record when they host Dubuque in the Iowa Conference season opener on Saturday, Oct. 3. Kickoff is set for 7:30 p.m.