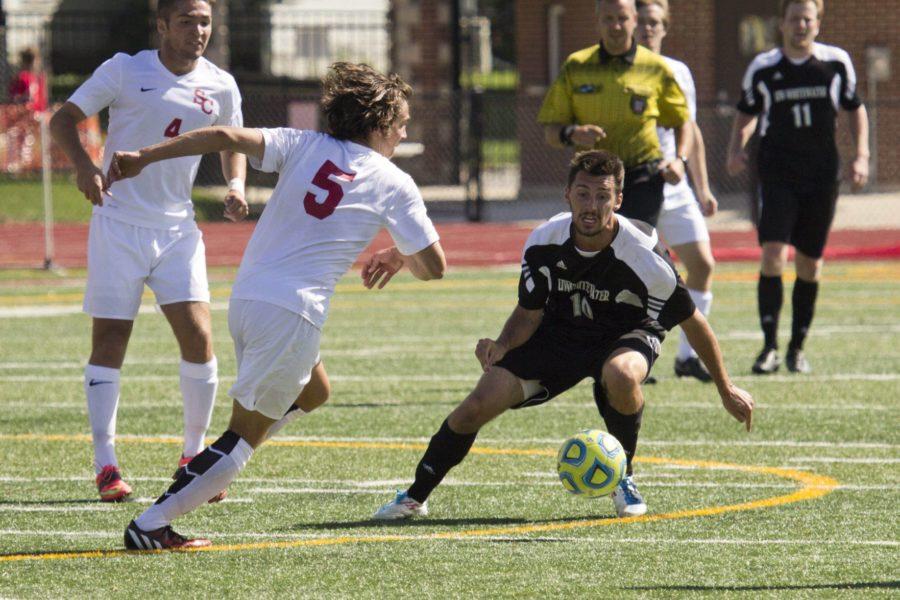 WHITEWATER, Wis. – Justin Stanko scored both of UW-Whitewater’s goals on headers as he provided all the offense the Warhawks would need to clip the Simpson men’s soccer team 2-1 on Monday night.

Stanko put a pass from Jordan Wilkins into the net in the ninth minute and then scored on another from Kyle Clancy in the 54th minute for his fourth and fifth goals of the season.

Simpson (5-8-2) scratched out its only score in the 90th minute when Micah Watson scored his first career goal to break the shutout.

Goalkeeper Austin Schafer made his second straight start in goal, falling to 1-2 after allowing two goals and making four saves in over 80 minutes in the net.

Simpson gets back to the all-important conference slate on Wednesday when it heads to Pella to take on the Central Dutch (4-9-0, 1-2-0). Kickoff is at 3:30 p.m.