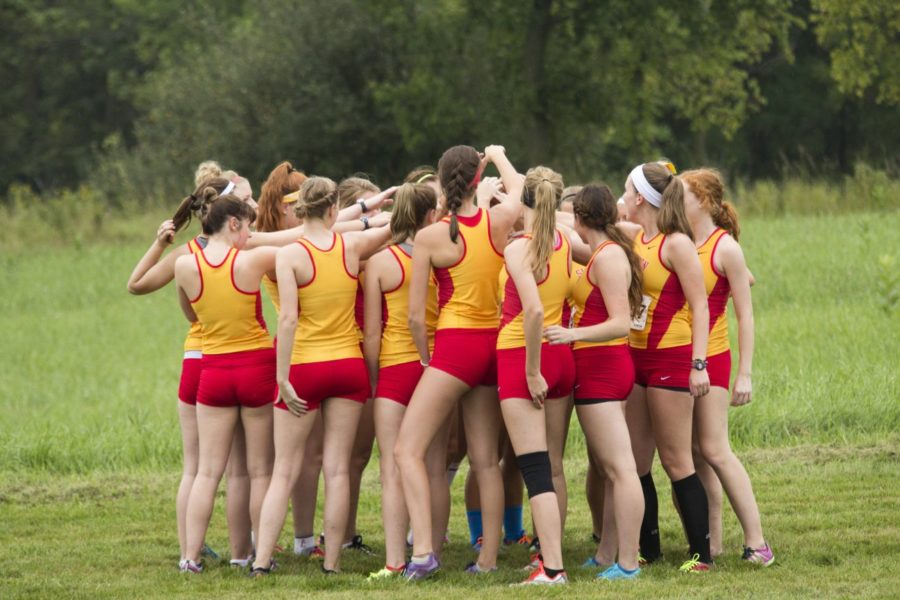 ETTRICK, Wis. – A massive field of over 300 runners on both the men’s and women’s sides met at the Jim Drews and Tori Neubauer Invitational hosted by UW-Lacrosse Saturday in Simpson’s final race before the all-important IIAC Championships.

“It was an absolutely stacked field,” head coach Heath Moenck said. “Our biggest test of the year.”

Neither the Storm men or women broke the top 10, with the women placing 11th/22 and the men 15th/21, but Simpson posted a number of encouraging individual finishes at the stacked meet.

Senior Rebecca Diemer continued a standout season in her inaugural year with the team, placing 19th out of 324 runners at a time of 22:54 on the 6K course. The junior has competed in three races this season and each time has led the Simpson women.

The women’s field included teams from Division I through Division III and NAIA, making the Storm’s 11th/22 finish an encouraging outcome. Host school UW-Lacrosse had three top ten finishers to win the meet, followed by the University of Minnesota in second.

“We continue to improve with each meet,” Moenck said. “It was terrific to place 11th in the deepest field we’ve seen all year. It’s a great boost as we head to conference.”

The Simpson men ran 14 on Saturday in a field that was even bigger, featuring 333 runners across 21 teams.

The Storm finished 15th/21, being led by junior Blake Willadsen for the third consecutive meet. Willadsen finished 60th with a time of 26:35 on the 8K course.

“It was a big improvement from two weeks ago [at the Wartburg Invite],” Moenck said. “I was very pleased with our runners.”

Minnesota was the only Division I school in the race and it went on to finish first, followed by another Minnesota college in St. Olaf in second.

Luther was the only other Iowa Conference school in competition, placing 10th.

Ethan Pellegrino was the next best runner for Simpson on Saturday. The junior ran a 26:47 on his way to 73rd.

The Storm will now have two weeks to prepare for the IIAC Championships at Dubuque on Saturday, Oct. 31. The race kicks off at 11 a.m. and will be hosted by Loras.

“The pieces are there for a terrific ending to our season,” Moenck said.