It may not be a win, but it’s points – Storm draw vs. Norse 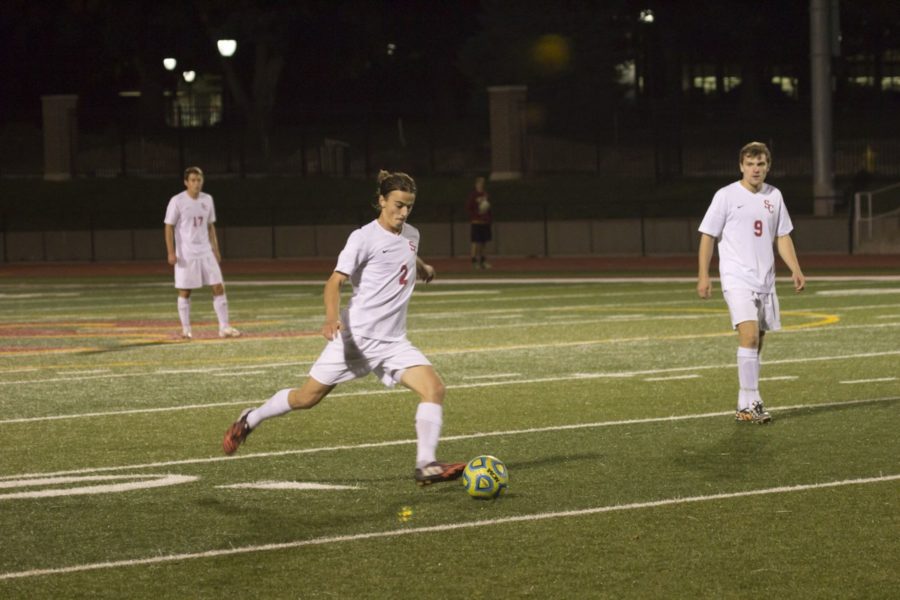 INDIANOLA, Iowa – Simpson and Luther locked horns for 110 minutes but neither team could break a 1-1 tie as the Storm settled for a draw with the Norse.

Coming into the game with an 0-2 record in Iowa Conference play, Saturday was a big tilt day for the Storm, needing positive progress to make the push for conference tournament play.

While it’s not three points, Simpson (5-7-2) will settle for one with just four conference games remaining.

“I don’t think we’ll be satisfied with the result but I think we’ll settle for it,” head coach Rick Isaacson said. “We managed to get a point out of the deal…so to come away with a point against a really good opponent is a positive, although we sure wish to have come away with a win.”

Zach Halder launched a free kick deep into Norse territory in attempts to connect with forward Marcus Varnum, who was in the box.

Varnum and a Norse defender both pursued the ball, which ended up caroming off Luther and over the goalie for an own goal.

Varnum was credited for the goal, his fourth, but he would later admit that he shouldn’t get the credit.

“It [the goal] wasn’t even me,” Varnum said. “It went right over my head and the defender got it and the next thing you know it’s in the back of the net. I didn’t even know it was in until people just swarmed me with hugs, so that was cool.”

The loose ball and shots off rebounds have been an issue for Simpson this year though, and it was again on Saturday.

Luther’s Nigel Nielsen took advantage of a loose ball and put it in the back of the net to tie the game in the 61st minute.

Despite the goal, junior Austin Schafer performed well for Simpson in his first start at goal on the season.

Schafer saved eight of nine shots on goal, including a diving stop late in the second half.

“We know we have four good goalkeepers,” head coach Rick Isaacson said. “But Austin, to step on the field in his first start of the year in a big match or a match of this magnitude and to play as well as he did is a testament to how hard he’s been working.”

Both teams had their chances rest of the way, including a shot from Collin Hemann that rattled the upright in the 67th minute, although neither team could score as Simpson took its second draw of the year.

The Storm will take on UW-Whitewater on Monday, a team they beast 3-1 last season, and then Central College on Wednesday in Pella.

Simpson has Coe, Wartburg and Buena Vista remaining on the IIAC slate, all teams its handled recently, and all of which are below .500. Men’s soccer hopes that Saturday’s draw brings good things for these matches.

“Our guys know that our results to this point have been a bit misleading, and we are on a mission to win these tight games,” Isaacson said. “So, we’ll see how we do against Whitewater and we’ll use that to prep for our conference games.”