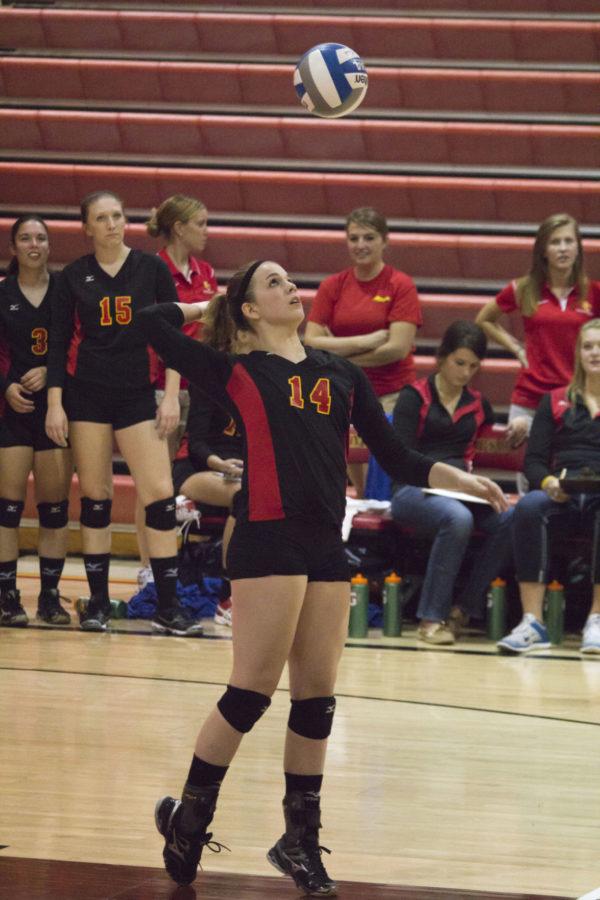 The win snapped a six-match losing streak for Simpson.

Tabitha Blaser had a season-best 17 kills for Simpson (12-17, 1-6) who notched its first Iowa Conference of the season to help stay out of the cellar in the IIAC.

After dropping the first set though, Simpson would score the first ten points of the second set and never trail at any moment the rest of the way.

Torey Buenger had a team-best .421 kill percentage on her way to nine kills while Jacqueline Luth and Mackenzie McGraw both added seven kills.

Seniors Sara Hoppenworth and Olivia Sulentic did as they have done all season, setting and digging prolifically. Hoppenworth served up 27 assists and Sulentic dug out 23 kill attempts to lead the way.

Blaser, Hoppenworth, McGraw and Sulentic made up the four seniors who were honored on Tuesday for their careers with the Storm.

Despite elimination from postseason play, the Storm still have four matches yet to play in 2015. They’ll head down to San Antonio, Texas for the Trinity Invitational beginning with Trinity (Texas) on Friday, Oct. 30.