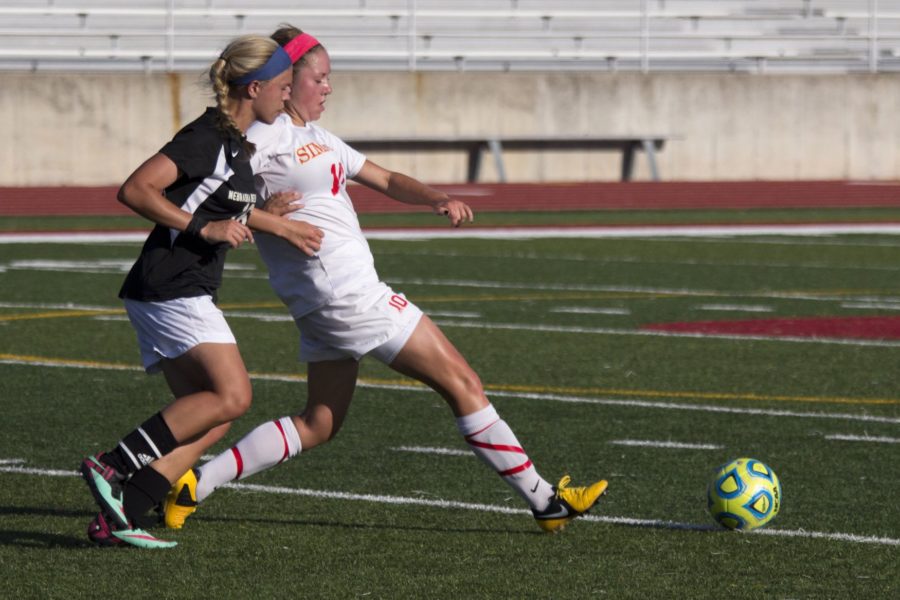 OSKALOOSA, Iowa – Kate Morford scored off a Mara Rhodes assist with 55 seconds remaining in the second overtime to give Simpson a dramatic 1-0 win over William Penn Tuesday night.

Kristin Riley was a solid all night for the Storm at goalkeeper, stopping all six of the Statesmen’s shots on goal on her way to her second shutout of the year.

The Simpson women are back in action Saturday at Wartburg with kickoff set for 5 p.m. The Storm will then play their home finale against Buena Vista on Tuesday, Oct. 27.