PERSPECTIVE: Journalism isn’t for me 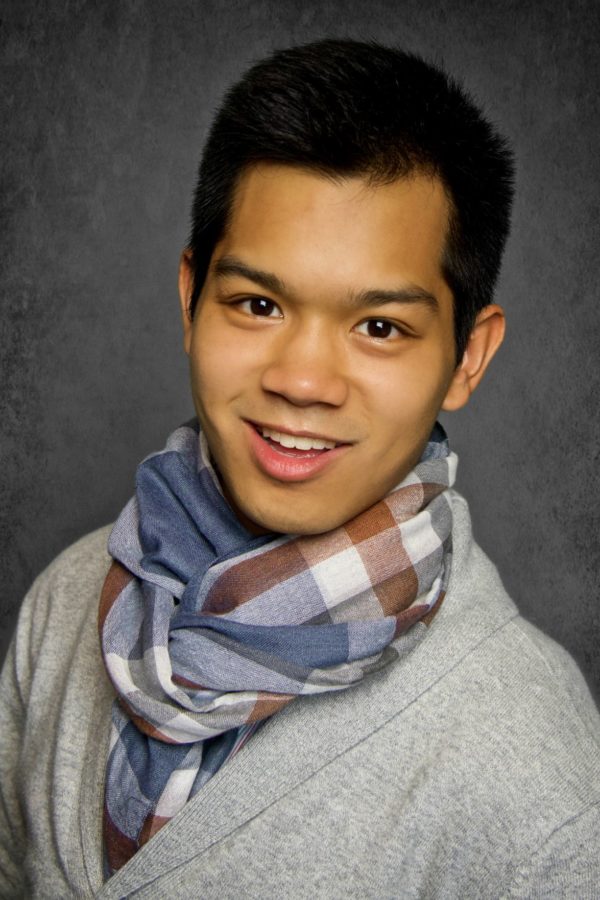 With the possible extinction of newspapers and abandonment of appointment-viewing the 6 o’clock news, it’s clear journalism isn’t for me.

At first glance, that appears to be a misconstrued and thoughtless conclusion, but I promise there’s justification.

The New York Times, arguably the most influential newspaper in the country, has experienced wide setback in circulation due to its audiences moving toward a digital platform.

For the first quarter of 2015, The New York Times Company posted a $14 million net loss, fueled by a withdrawal of substantial print advertising. Trends continue to show an increase in digital subscribers and advertisements, however, according to one report.

Instantaneous and accessible news via social media and online news outlets are quickly becoming the preferred method of consuming information – and reasonably so.

American society, shaped from its values of productivity and efficiency, has grown accustomed to having tangible items immediately and free of cost. Thus, newspapers, also marred by a plethora of scandals, have been struggling to remain alive and make a profit.

According to Pew’s 2011 “State of the News Media” report, newspapers now average a profit of about 5 percent a year — a large contrast to the 20 to 25 percent that was the norm in the 1990s.

It’s not news that newspapers are facing pressing issues of existence, especially after being the slowest media to recover from the 2008 recession, not long after it once was the most profitable business in America.

With a median salary of a mere $37,090, CareerCast ranks ‘newspaper reporter’ as one of the most endangered jobs of 2015, a martyr to technology-based job markets.

Moreover, the eminent danger embedded in the job description of a journalist provides even more evidence the risks are not worth the cost. Beheading, raping, and kidnapping journalists for the sake of publicity certainly is not an advertising point in many job postings.

So, why would any (sane) person choose a profession that is, for the most part, dead-end?

In a March 2010 article published in Guideposts, former Today Show anchor Ann Curry, who has covered stories of human suffering in the Middle East, Africa and Asia, said, “When these stories happen, I feel a call, an urgency, to report them because I know I can give voice to those who need to be heard. Not only do they deserve that, but you deserve it, too.”

After reading that statement, I realized journalism, at the core of its intent, is not for me. It’s not about me. Journalism is about the people living in this world that make a difference – either for worse or for better.

“Journalism is about changing the world, isn’t it?” Curry said in a follow-up interview. “It’s about giving people the truth so that they can change the world. The world is evolving, I believe, into a more compassionate place.”

The idea of reporting and telling stories should serve purely for the betterment of humanity – no matter the medium.

Along with the altruistic nature journalism is supposed to be, the platform by which we present information evolves, too, at a pace exceedingly greater than newspapers’ capabilities.

A recent study of the news habits by the Associated Press and the American Press Institute found roughly four in 10 millennials actively seek out news – about same percentage as in previous generations.

The same study showed 85 percent of those surveyed said that news is at least somewhat important to them, with news as the third top digital activity after email and weather. However, less than half of respondents pay for the news they consume.

“We heard a desire for the news media to be more of an arbiter of truthfulness and not just a carrier of potentially polarizing rhetoric or alarming allegations,” said Tom Rosenstiel, executive director of the API.

Rosenstiel said the best strategy is to accept the preferred consumptions of media as gateways and deliver high-quality content immediately to smartphones and tablets. Engaging the audience is first-priority; making money is not.

In the documentary, “Page One: Inside the New York Times,” Tribune Co. Chairman Sam Zell responded to the Times’ collapse exclaiming, “I’m not a newspaper guy; I’m a businessman.”

David Carr, one of four media journalists at the center of the film, said, “He acted as if the Tribune Co. was one more commodity.”

Carr said the treatment affected the quality of the product and is in correlation with the diminished state of journalism.

As American society progresses, it is imperative for media outlets to supplement readers wherever is convenient for them.

Television news stations are pushing reporters’ content to their website and newspapers are providing links within stories to push readers to view online and exclusive multimedia.

Unlike most professions, journalism is flexible in its practices and moderately reflects the changes within society because of its dependence on technology.

Traditional media should not be eliminated because it serves as an essential standard that new media physically and credibly cannot attain.

“Page One” Director Andrew Rossi said in an interview with NPR he has faith in the power of a public debate that ensues over whether or not journalism can sustain itself.

“I think it’s for viewers to decide whether a place like The New York Times is worth keeping alive,” Ross said.

Exponential bits of information uploaded and posted without verification is a surefire way to lose viewer- or readership.

Finding an equilibrium, though, provides necessary means to establish a bond between media and its consumers. While some journalists may receive a degree of self-edification, the need for media, both in a traditional and new sense, must encompass timeliness, proximity, prominence and consequence – facets of what we’ve come to know as “news.”

Though journalism is not the most lucrative of careers, new jobs are being created that wouldn’t have existed 20 years ago.

Brian Stelter, senior media correspondent for CNN and former media reporter for The New York Times, is a prime example of slipping through the crevice as a young journalist in a business filled with “angry, old white men.”

Simpson College is experiencing firsthand the consequences of decreasing interest in traditional media with the elimination of the college readership program.

By transferring news content to the USA Today College app – a price tag of $6,000 for the first year and $12,000 the following years – more than $20,000 would still be saved per year, according to the Student Government Association.

Waiting and paying for the news is no longer the paradigm, and if we make news about profit, we lose a sense of objectivity because greed would inevitably sway a sense of judgment.

The routine of reading a newspaper every morning on the front porch appears to stick around for nostalgic purposes. But the general concept of receiving news will never die.

When done correctly, journalism, even in its new form, is a stronghold in American democracy that cannot be hindered by old-school technology and its devotees.

I firmly believe the guiding principle, then, is that journalism, in all its endeavors, is not for me.

As Ann Curry beautifully puts it, “Journalism is an act of faith in the future.”

When readers, like yourself, know about what’s happening in the world, it gives you a chance to care; it offers empathy which leads to hope.

In a world where news, nowadays, appears to be scandalous or frivolous, I firmly believe the goodness of humanity shines through a tunnel overburdened with fear or mistrust.

When media deviates from its ultimate goal of informing the public, nothing good can ever come of it.

Journalism is a tool for pragmatic, yet innovative storytelling at its best. As a reporter, I look forward to lifelong learning as means to justify why I do what I do.

As a whole, journalists and non-journalists alike, the idea that communication brings us all together gives purpose to my life. It all begins with the basic understanding that journalism isn’t for you. It’s for everyone.