Delbert Spurlock: ‘You must step up now.’ 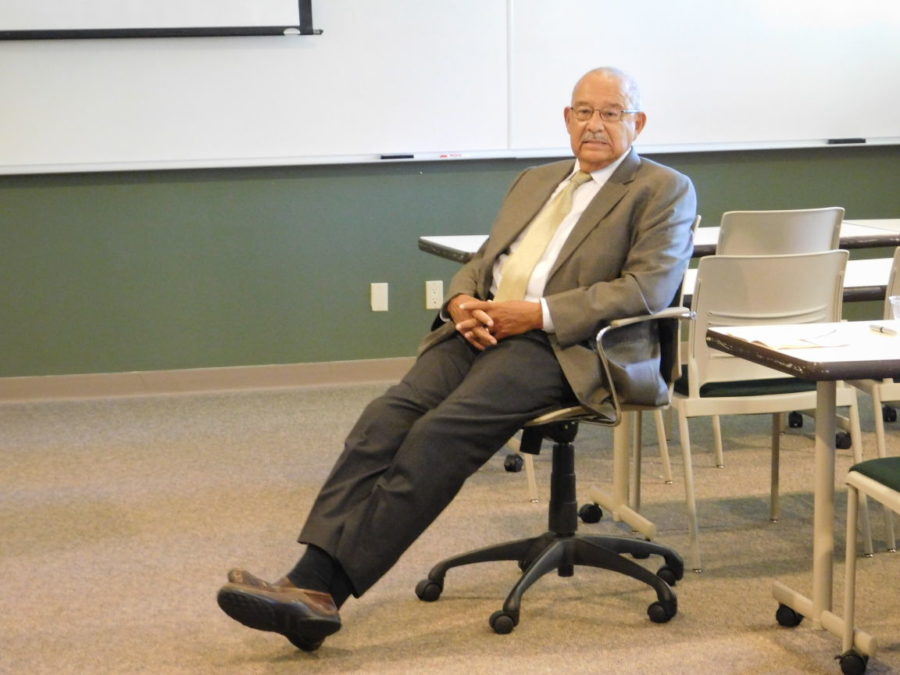 Delbert Spurlock, former assistant secretary of the U.S. Army during the Reagan administration, engaged members of the Simpson community in discussion about opportunities to strengthen veterans issues on Wednesday, Sept. 30 in McNeill Hall.

Spurlock is leading a national campaign to elevate the profile of veterans’ issues.

During the discussion, Spurlock showed a video that focused on how veterans are unappreciated and how the skills they learned in the military can be used in civilization.

“They don’t even acknowledge the skills and the capacity that they have because it is difficult to imagine and to translate what they were in uniform to what they can be out of uniform,” Spurlock said. “It is going to take our communities and your generation to reiterate them into the society.”

By challenging the candidates running for the 2016 election, Spurlock believes this generation can affect how candidates make decisions on veterans issues.

“You can organize quickly to do something that can change the nature of the debate in this election,” he said. “You can force these candidates to deal with the issues of the cost of war and the effects on our soldiers.”

Spurlock’s mission is to motivate students on college campuses to come together locally and take action by acting as a catalyst in the caucus period to confront candidates.

“You must step up now to act as citizens in your own behalf and for your own futures,” he said.

Spurlock emphasized that people need to give veterans the opportunity to serve in their communities so they can feel good about themselves and see the results for the work they have done for the country while in uniform.

Spurlock said he strongly believes this generation can change the course of the nation with one step at a time.

“One of the things we feel that is a significant impediment to your participation as very active players in the political process is your youth and the feeling that those generations above should be the principal decision makers about what is happening in the country,” he said. “We want to help dispel that.”

According to Spurlock, the Simpson community has a significant support structure and that Simpson is off to a great start by encouraging more veterans to come to this campus.

Knowing that Iowa honors the idea of public good, Spurlock will to travel to other cities in Iowa to show the value of our veterans.

“Iowa is a state which continues to honor the concept of the public interest,” Spurlock said. “It’s almost dead in our country.”

Planning to host a conference on Oct. 30 at the Fort Des Moines Museum on the cost of war, Spurlock hopes to develop an understanding of what it has cost this generation in terms of decisions that past generations have made.

“You bring me 40 veterans and 40 students to Fort Des Moines on the 30th and hear our lecture,” Spurlock said. “We will change the nature of the debate in this country.”