Clery Act aims to encourage students to speak up 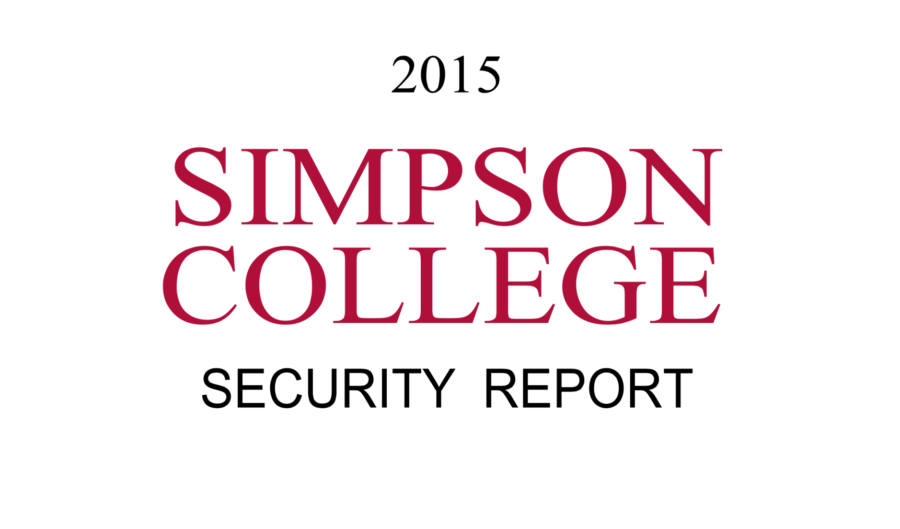 Tragedy struck Lehigh University, in Bethlehem, Pennsylvania, on April 5, 1986 when Jeanne Clery, a then-freshman, was raped and murdered by a stranger in her dorm.

The life-shattering event was enough to call Clery’s parents to champion the laws requiring the disclosure of campus crime information now known as the The Jeanne Clery Disclosure of Campus Security Policy and Campus Crime Statistics Act, or simply the Clery Act.

The report outlines crime statistics for that year alongside previous years.

As numbers for various incidents fluctuate, students may start asking why.

Chris Frerichs, director of security at Simpson College, said it’s hard to pinpoint a specific reason for the differences. He said it could be anything from turnover in staff to getting new students every year.

The most documented incidents in the report were liquor law violations.

Officials said there is no way to tract students’ carelessness or staff’s requirements to be stricter.

“If we could figure out how that is, we would be writing books, and we would be making a large amount of money because everyone has tried to figure out how to control drinking on campus involving underage students,” Frerichs said. “They’re not school policy violations. It’s violations of the law. Most commonly would be minors in possession of alcohol.”

Frerichs expects to see a higher number of reports regarding sexual violence due to the increased awareness of the topic.

Groups, such as Sexual Assault Response Advocates and Agents of Change, have been instrumental in creating an environment where students can feel safe reporting sexual violence.

“More individuals are understanding that it’s not acceptable,” Frerichs said.

Rich Ramos, Simpson’s Title IX coordinator, is involved in the sexual violence aspect of the ASR, and he agreed with Frerichs.

“It’s creating a culture where it’s okay to report,” Ramos said. “The Clery Act should encourage students to not hold back information when there’s something going on.”

According to the ASR, there was one reported rape in 2014. Some students are questioning the manner by which the campus was notified.

“If there’s a need for the campus to know more for the safety of the larger community then we’ll share that information,” Ramos said. “If there needs to be a call to action to protect a member of the community, we’ll do that.”

Though the ASR is meant more for prospective students and parents to look at when deciding on a school, it’s not irrelevant for current students, according to Frerichs.

He encourages students to ask questions about the report when something seems suspicious and, more importantly, feel free to report what they see.

“Take an active role in the safety and security of campus. Let us know when there’s issues,” Frerichs said. “We have individuals ready to help students with a multitude of issues and concerns they may have.”