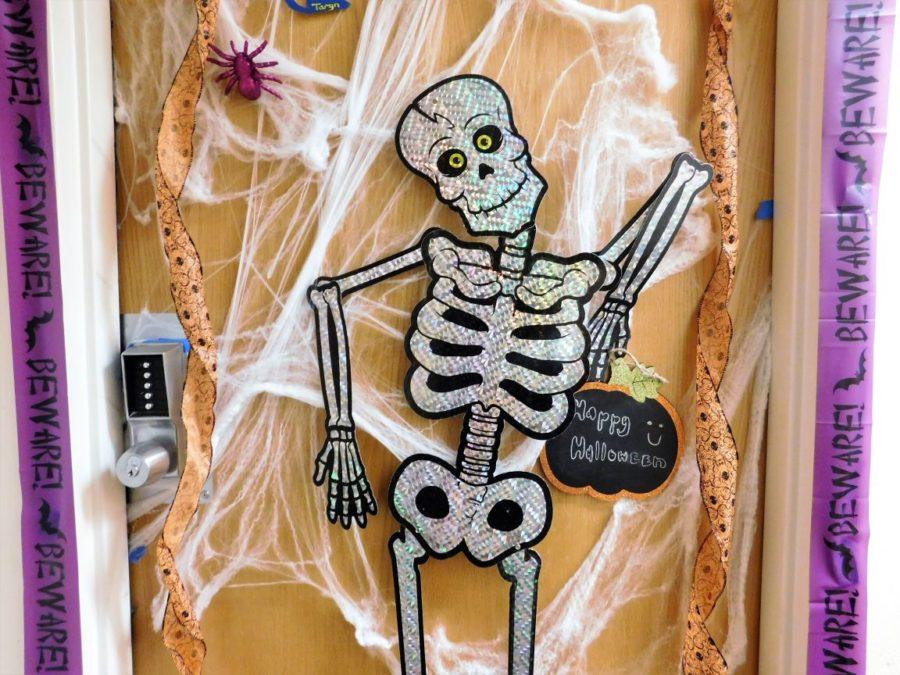 Simpson is hosting a few events for Halloween this year, like the Residence Hall Association’s SafeBlock and Alpha Psi Omega’s haunted tour.

SafeBlock invites children from the community to trick-or-treat on campus. Children from nearby communities outside of Indianola are also welcomed to the event on Oct. 29 in the Kent Campus Center.

RHA reaches out to different schools ahead of time and wants to emphasize that it’s a safe way for kids to trick-or-treat.

Community adviser Kayley Zimmerman said, “Some people live on farm areas, and you have to walk acres and acres to be able to get to your neighbor’s house.”

Zimmerman also said that it’s a fun way to get Simpson residents involved. They play games in the Black Box, such as photobooth, and also go on tours. This year, they plan to involve Barker and Kresge residents, as well as one floor of the sophomore area and the boys’ fraternities on Greek Row.

APO the theatre honor fraternity, is also hosting a haunted tour. The activities committee came up the idea this year. They haven’t done any events for Halloween, except for their open-mic night, and wanted to take the opportunity to combine theatre and the spooky holiday. The haunted tour is scheduled for = Oct. 31 in the early evening.

Vice president of APO Bill Hitt said, “We can’t necessarily do a haunted house. We wanted to do something for Halloween that isn’t necessarily a fundraiser — just something that’s fun for campus.”

The idea is to have short, improvisation scenes at different locations on campus that feature different stories or rumors on campus.

One of the locations is Buxton Park. Others may be College Hall and Kent Campus Center.

Nothing is concrete at the moment, but there are a few ideas for the scenes as well, such as one of the ghosts, Mildred Hedges. They will be in costume and pass out candy, but APO encourages people to dress up as well.

Halloween can also have more safety precautions. To prevent as many incidents as possible, there will be staff out patrolling campus. Their first concern is safety, then policy violations and possibly involving the police if it escalates.

A game against Central College will also be held on Oct. 31, which will cause an increase in the individuals on campus.

The main concerns are vandalism and traffic during the Halloween weekend, according to director of security Chris Frerichs.

He encourages students to be aware of their surroundings, especially if wearing dark costumes or clothes. There haven’t been many incidents in the past of vandalism, but there’ll be the occasional pumpkin smashed, as well as decorations being torn down.

“We just want everybody to be safe and have a fun time,” Frerichs said.