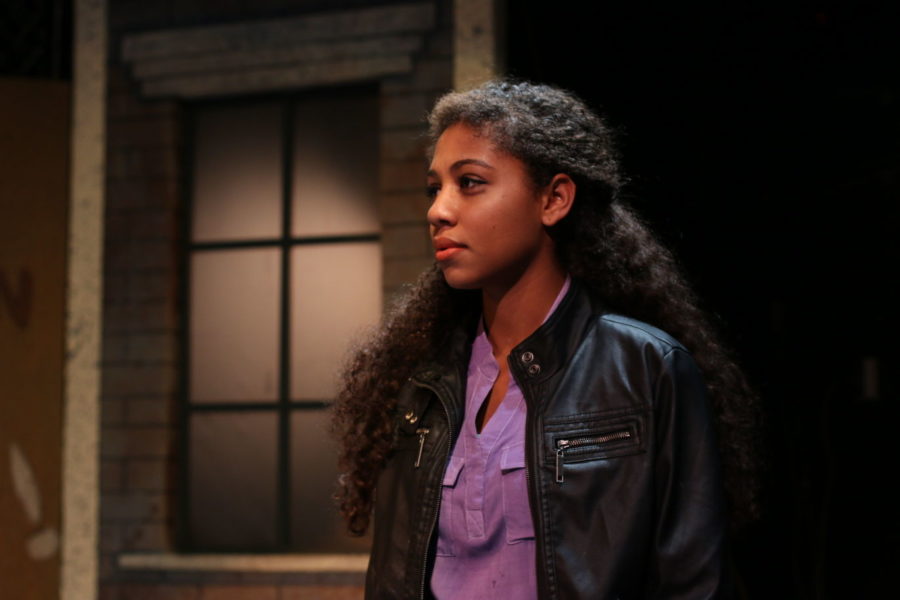 Simpson College Theatre produced Marisol by José Rivera, directed by Mimi Kammer, for their fall production. It had been in the works since the beginning of the term. Each showing was packed with almost all 120 seats filled.

Sophomore Shelby Minnmann said, “I knew it was going to be very interesting but it was very deep. It was a lot to take in, but I really liked it. I always think that Simpson does a great job with whatever they want to put on.”

Set in New York City, Marisol Perez, played by freshman Suzie Dunya, is a copy editor that lives alone in the dangerous neighborhood of Bronx. The play began with Marisol reading a newspaper on the subway whilean unknown man lurked in the distance. An angel, played by senior Ana Abraham, stood above her, observing as the man appeared to strike her with a golf club. The scene faded to black immediately afterward.

Marisol somehow evades the attack and returns to her apartment unscathed. Her bedroom is meant to be small with thin walls and neighbors that shout and keep her awake at night. A large, iron door separates her from them and to make her bedroom look like a cage. Before going to bed, she mumbled a quick prayer, indicating the importance of her religion.

She is visited by the same angel from the beginning of the play and told that she can’t protect Marisol any longer, as she’s joining a revolution against a God who is dying and senile. After asking her to join them and Marisol rejecting her offer, she leaves her without a protector.

Marisol struggles with her religion and morals interacting with various characters that had been “experimented on” or abused by others. There was a man with a scarred face who asked her to return his skin if she found it, a woman with furs that threatened to turn her in for her own selfish gain and a man with an ice cream cone that had stumbled into her workplace.

Marisol’s co-worker and closest friend June was also introduced, played by senior Erin Webb, and Lenny, played by junior Brandon Herring, June’s 34-year-old and mentally unstable brother that later gave birth a still-born as well. Lenny was an interesting character as he had strong affections for Marisol and pulled out a knife on June, later hitting her on the head after she kicked him out of her apartment.

Webb said, “We had two full houses for Friday and Saturday night, which is awesome. And to my knowledge, no one walked out, which is what we were prepared for because they wouldn’t like the show.

Abraham also said, “This was a very interesting play to work on because it’s not really our reality. It’s another reality and it poses a lot of interesting questions about life and religion and change.”