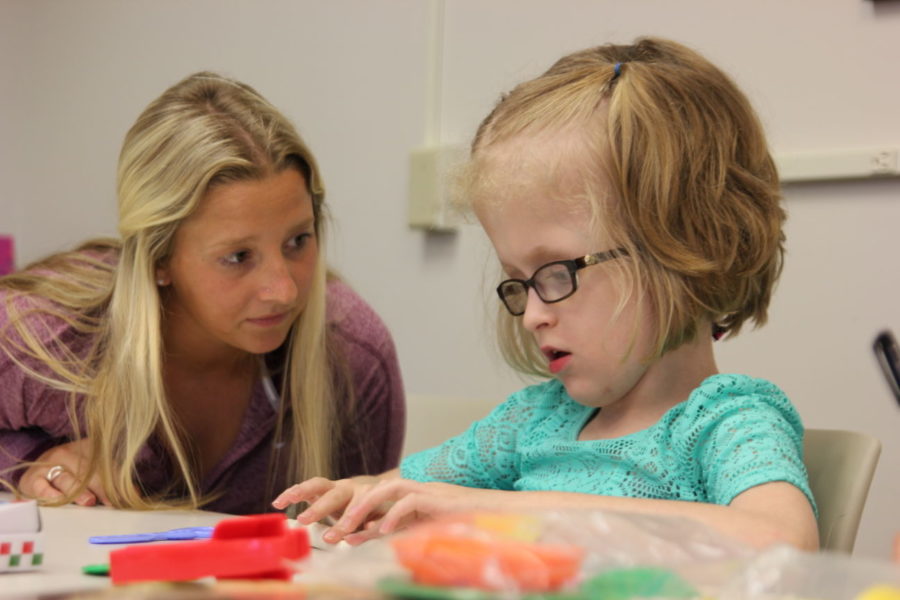 Not expected to live past 3 years old, Suzie Moorman, now 11, also known as the miracle child from Corydon, Iowa, proved the doctors wrong.

Born with severe hydrocephalus and alobar holoprosencephaly, Suzie had several health issues. Doctors said she didn’t have brain activity and would never be able to see, hear, walk or speak.

Suzie’s mother, Heather Moorman, was expecting to have a pregnancy without any complications.

Alobar holoprosencephaly is the most severe brain malformation when the brain doesn’t divide into the normal two hemispheres.

Hydrocephalus means there is water on the brain, which can cause problems with physical and mental development. Like Suzie, a person with hydrocephalus has an abnormally large head. If hydrocephalus goes untreated, it can be fatal.

Moorman was ready to be proactive and do anything she could to help Suzie live a good life.

“I am done watching her die,” Moorman said. “If she dies, I want to say we fought for every little breath she took.”

The Moorman family made the decision to take Suzie to Iowa City to get a Ventriculoperitoneal Shunt that relieves pressure on the brain caused by fluid accumulation. Moorman said that getting the shunt was Suzie’s second chance of life.

“The thing that kept going through my mind was, as I handed my baby off to anesthesiology, ‘Is that it?’” Moorman said.

The family was referred to Iowa Early ACCESS, which is a program that works to improve the development and education of children with a condition or disability.

“We did not get Early ACCESS for Suzie until 4 months,” Moorman said. “But Suzie Moorman is where she is today because of Early ACCESS.”

Aryn Kruse, advisor of Simpson’s Dance Marathon and assistant professor of education, knows the Moorman family on a personal level and is amazed how much Suzie’s story has made a difference.

“Suzie’s life has impacted and affected more lives than we even know because of this amazing domino effect,” Kruse said.

Kruse emphasized the importance of getting to know students on a personal level rather than worrying about tasks.

“I think that in the Special Ed world we can get so wrapped up in all of these challenges and all the things that we have to do,” Kruse said. “I think one of the reasons why I love that Heather brings Suzie is we can see who Suzie is.”

The Moorman family is one of the 12 families that Dance Marathon will be raising money for when the event happens at Simpson in April.

Suzie got involved with Dance Marathon through Children’s Miracle Network and has loved the organization ever since.

“Suzie was probably 3 when we first started it,” Moorman said. “It was like Christmastime for these kids and just being free and just having fun.”

Kruse spoke about what Dance Marathon wants to accomplish here at Simpson College.