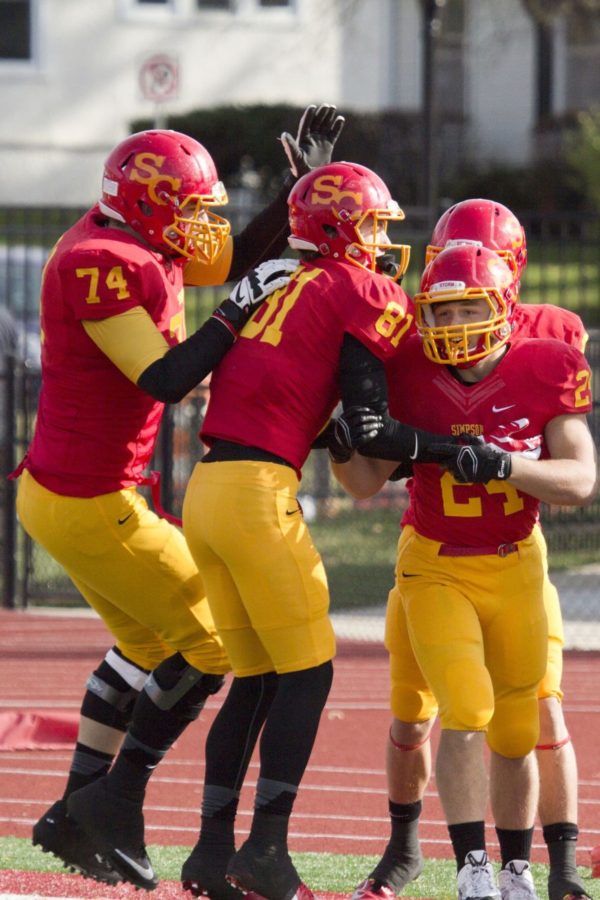 While Saturday’s is the homecoming football game, to the Storm football team it’s just step two in the seven week Iowa Conference schedule. After snapping a seven-game conference losing streak in a 43-13 drubbing against Buena Vista, this time it’s Dubuque. And it’ll likely be a more difficult matchup this weekend.

“They’re much bigger up front [than Buena Vista] on both sides of the ball,” head coach Jim Glogowski said. “They’re very physical and that will be our challenge this week is to match their physicality.”

Interestingly, Dubuque played St. John’s (Minn.) and UW-Platteville, both teams that Buena Vista had played this year. While the Spartans lost both games, they did pick up wins against Pacific (Ore.) and a 16-14 victory in the IIAC opener against Luther College. The Spartan defense held the Norse to only 231 yards rushing, quite a feat against an almost exclusively rushing attack.

“They have played some really good competition and flew out to Oregon and then played Luther and held them to only 231 yards rushing, which is pretty impressive in my book,” Glogowski said. “So I think they are by far the best team we are going to play this week and one of the best teams in the league.”

Sitting in between multiple recruiting hotspots in Chicago, Milwaukee and Minneapolis, Dubuque consistently brings in talent from the area and throughout the nation, often utilizing stellar transfer players.

Last year the Spartans had a transfer-safety from the University of Tennessee, and this year they pulled a similar trick again, bringing in quarterback Rio Johnson from Atlanta, GA. Johnson transferred from Division I East Carolina University and will be a threat on Saturday. Johnson appeared in four games during the 2011 season with the Pirates, playing against Houston, Memphis, Tulane and Southern Miss.

“They have a really talented Division I quarterback in Rio Johnson”, Glogowski said. “Johnson is a big part of what they do. He’s taken every snap. He has completed 62 percent of his passes which is pretty good.”

Despite this, Dubuque is second to last in the league in scoring offense at 15.8 points per game and last in rushing offense with 102.8 yards per contest.

On the other side of the ball, both Simpson and Dubuque look similar in stopping the run, which is an important part of Simpson’s game with rushing threats in Jordan Beem, Davey Jergens and quarterback Caleb Frye. The Storm defense has allowed 145.5 rushing yards per game while Dubuque 145.2 through four games.

Speaking of Frye, the sophomore went 15-20 for 161 yards and three touchdown passes on Saturday, all career-highs, and has cemented himself as the starter. Simpson will look forward to establishing this consistency on offense moving forward with Frye under center.

Dubuque dominate Simpson 44-10 in Dubuque last season, and despite Simpson holding the 35-27-3 all-time series record, the Spartans have won seven of the last ten meetings.

Either way, with both teams sitting at 2-2 and 1-0 in conference, Saturday’s game will be just as big for both teams.

“They are feeling like we do sitting at 1-0 in conference,” Glogowski said.  “This is a huge game for both programs because we want to be 2-0. And we both understand that with two non-conference losses everything we want is still in hand. Obviously it’s homecoming so it has a little bit more intrigue for us and excitement on campus.”