Storm show fight, but early goals the difference in loss to No. 22 Luther 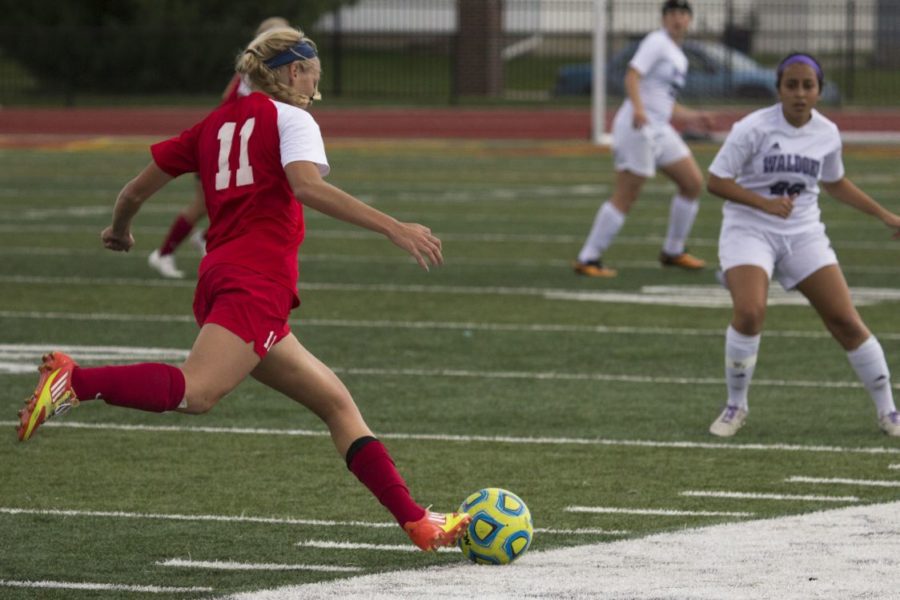 INDIANOLA, Iowa – No. 22 Luther scored two goals within a span of 90 seconds as they cruised to a 2-0 win over Simpson on Saturday.

While the Storm lost, it was the second straight conference match in which the Storm played tough against a ranked opponent. They lost 2-1 to No. 24 Dubuque last Saturday.

The Norse’s Lauren Hughes made it 1-0 in the 10th minute, and just 77 seconds later Madison Speer added an insurance goal to keep Simpson (3-9, 0-3) winless in conference.

Despite falling to 2-7 on the year, freshman goalkeeper Zoe Seiler had a solid night in goal for Simpson. Seiler made 10 saves against a persistent Luther (11-1, 3-0) attack that outshot Simpson 19-4.

Casey Reisen put up Simpson’s only shot on goal.

Simpson has a quick turnaround tomorrow as they host Concordia-Chicago at 1 p.m. back at Buxton Stadium.