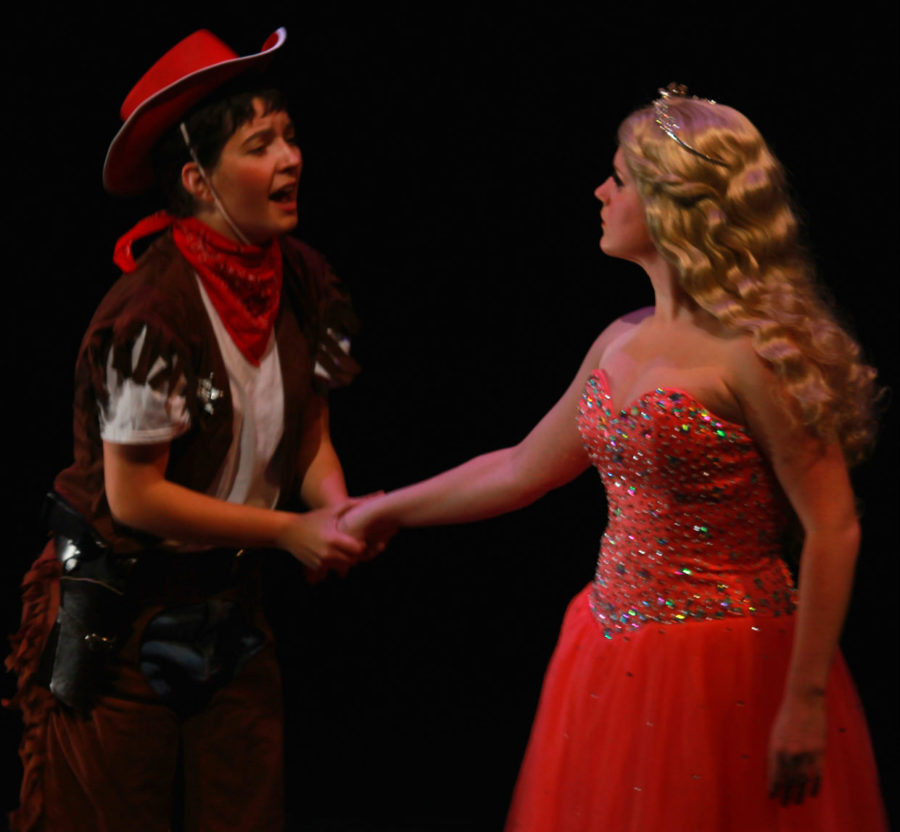 Simpson College Opera’s fall production was a double-billed performance of “The Child and the Magic Spells” by Maurice Ravel and “Gianni Schicchi” by Giacomo Puccini, directed by Kyle Lang and conducted by Bernard McDonald.

The night began with “The Child and the Magic Spells,” where a young child throws a tantrum, disrespects his mother and destroys the bedroom. The child, played by senior Samantha Hornback, is taunted and teased by the furniture in the child’s bedroom.

The furniture was made to look alive by performers wearing costumes resembling chairs, clocks, teapots and teacups. Eventually, the child ends up in the family garden where animals, played by performers in costumes, taunt and terrorize the child until the child helps a wounded animal and shows kindness.

The bedroom was a simple, yet beautifully designed set with a few light blue walls with boat steering wheels on them, a few toys around the room and large furniture to make the performer look like a small child. The outdoor scenes were made of a few tree branches and some interesting lighting effects.

After intermission the performance continued with “Gianni Schicchi,” which is about a family whose cousin, Buoso, played by sophomore Shea Lueninghoener, passes away right before the beginning of the show. They are all in his room with his dead body lying in bed and they are grieving his loss, not for long though.

The family begins to wonder about the will Buoso left behind. Upon finding the will, the family is displeased and retrieve Gianni Schicchi, played by senior Ben Schaeffer to help create a new one.

Schicchi hatches a plan to change the will by pretending to be Buoso, whom the family has shoved into a cupboard. Schicchi, instead of choosing which member of the family gets the best of Buoso’s things, like the mansion, gives them to himself and allows his daughter Lauretta, played by both senior Randa Meierhenry and junior Hannah Carlson on alternating nights, to marry Simone, Buoso’s cousin’s nephew played by junior Brandon Douglas.

This production was entirely set in a bedroom with a rolling bed that was pushed around to look like a dance and some matching cabinets, one in which Buoso’s body spends almost the entirety of the show.

Both shows had wonderful performers whose voices worked together seamlessly, music that left this reviewer in goose bumps and stories that left the audience both laughing and with moments of seriousness and complete concentration throughout. This is one show that has something for everyone to enjoy.