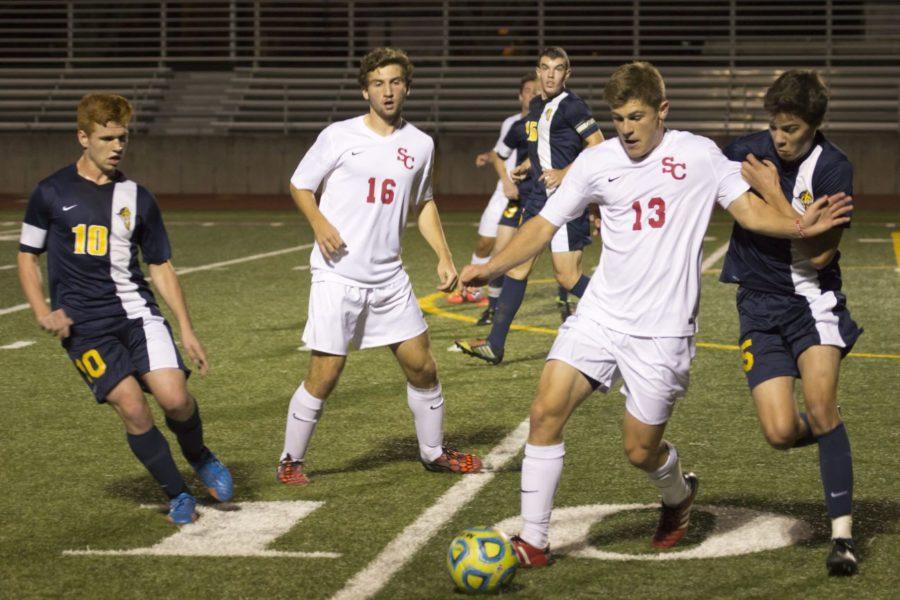 INDIANOLA, Iowa – A win against a formidable Dubuque team would have been just what the men’s soccer team need to start a turn around to their season on Saturday.

Sitting a 4-5-1 on the year, and 0-1 in conference, Saturday’s game was a pivotal moment in Simpson’s season as it look to make a statement after being knocked out of the 2014 IIAC Tournament by the Spartans.

But, despite tying the game 1-1 in the 86th minute, Dubuque rallied to score a shocking breakaway goal in the 89th minute to escape with a 2-1 win.

That margin wouldn’t hold for long, as Tyler Neumann blasted a shot that caromed off Louis Joslyn, redirecting the ball hockey-style into the back of the net to knot the game up.

The Storm didn’t relent, pushing the ball into Dubuque territory once again, but a counterattack set up the rangy 6-5 Spaniard, Gonzalo Hernandez for a fast break game-winning score.

The heartbreaking loss puts extra weight on the five remaining Iowa Conference games this season. Simpson won’t get a chance to redeem themselves in league action until Saturday, Oct. 10 though as Elmhurst comes to Indianola for a 5 p.m. matchup on Monday.