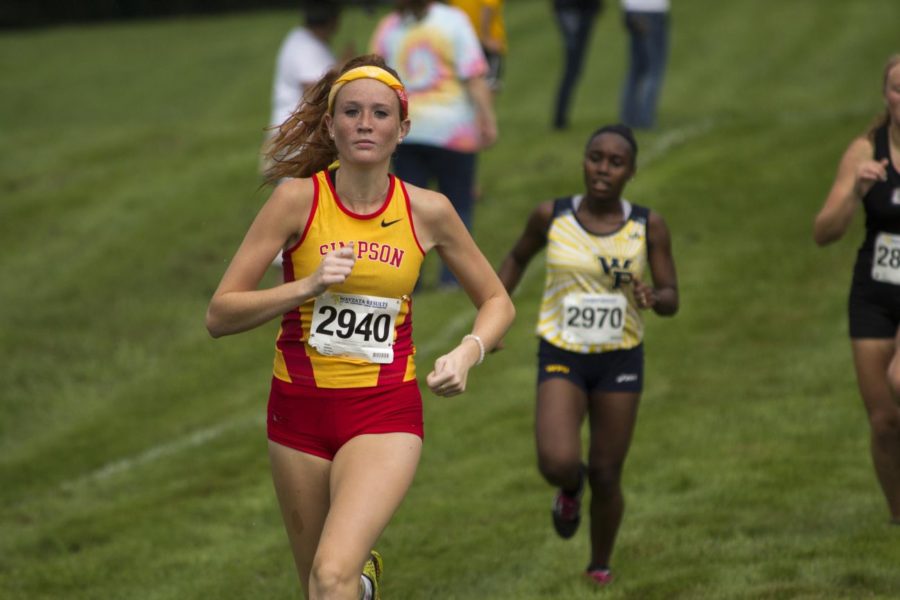 WAVERLY, Iowa – After an impressive performance from both the women’s and men’s cross country teams last weekend at the Brissman-Lundeen Invite, Simpson looked to make it two straight stellar races.

Sophomore Sadie Timms and the women’s team certainly did so, placing three runners in the top 20 as the men took fourth in the seven-team heat at the Dan Huston Invitational on Saturday.

In the team’s second straight weekend in competition, the men put up a team-score of 110, finishing well ahead of Indian Hills Community College for fourth in a seven team field.

“Our men certainly didn’t run to their capabilities today,” head coach Heath Moenck said. “The effort was there, it just wasn’t the result we hoped for.”

Behind him for the Storm was Ian McKenzie who took 29th at a clip of 27:20.2. Ethan Pellegrino and Miles Kirts rounded out Simpson’s top-40 performers.

The men’s cross country team will get a week off before heading to the UW-Lacrosse Invitational on Oct. 17, a tune-up for their IIAC Championships race on Oct. 31.

“They will be ready for our next challenge in two weeks,” Moenck said.

Timms led a strong performance from the Simpson women, placing seventh in the 111 runner competition with a time of 23:43.9 to help the Storm claim a third place finish out of eight teams.

“Our women backed up last week’s performance with another solid showing,” Moenck said. “Sadie had an outstanding race to lead us.”

The women will also have a week off before jumping back into competition at the UW-Lacrosse Invitational on Oct. 17. Runners will line up at 11:30 a.m. in Lacrosse, Wis.