Diemer turns love of running into spot on XC team 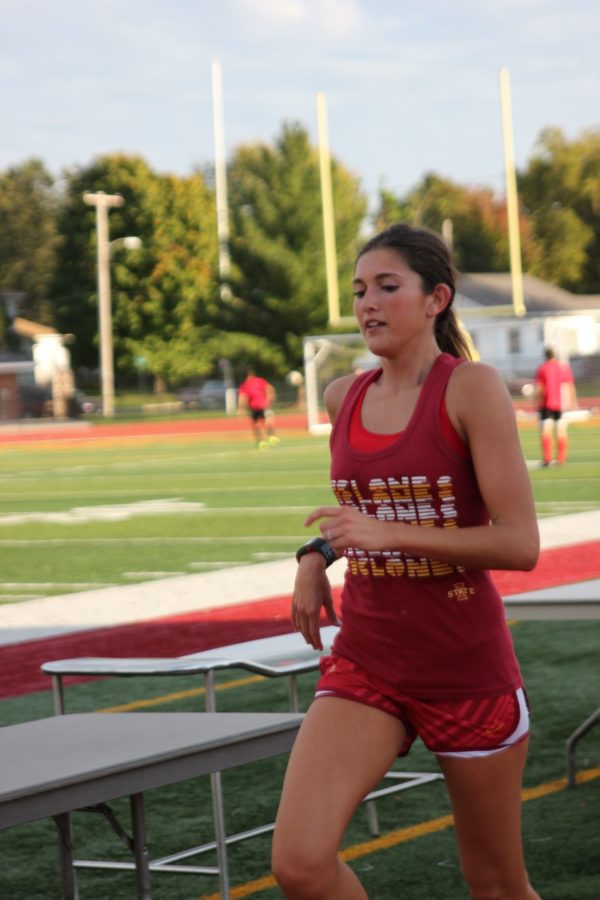 Sometimes you just have to go for it, no matter how unsure of yourself you might be.

That’s exactly what Rebecca Diemer did this fall.

Despite never having run cross country in her life, Diemer decided to take a chance and turn her hobby of running into a full-blown collegiate career.

“I love running, but I’ve always been afraid of not doing well and competing against other people, so I’ve shied away from it [cross country],” Diemer said.

That love of running led her to contact cross country head coach Heath Moenck this past February.

“I told him about my summer experience of running a half-marathon and he thought they could use me,” Diemer said. “My time wasn’t super good, but it was middle of the pack, and he wanted to see if we could turn me into a shorter distance [runner].”

And turn her into a shorter distance runner they have done.

Diemer has finished with Simpson’s best times in each of the two meets she has run this fall. She placed 22nd overall in the season opener at the Augustana (SD) Twilight with a time of 18:12.20 and took 27th at the Brissman-Lundeen Invitational with a time of 23:20.1.

Evolving into one of the team’s best runners hasn’t happened overnight, however.

“I’ve never been as dedicated [to running] as I am now. If it was snowing or it was a bad day, I wouldn’t go run. Now I run consistently,” Diemer said.

That dedication hasn’t gone unnoticed, either. Coach Moenck has seen firsthand the dedication and commitment Diemer has put into her first and only season.

“To see her transform from last spring to this fall has been remarkable. I knew she enjoyed running and was putting in the miles that it takes to be successful, but sometimes that doesn’t translate to having success in races. For her it’s been a smooth transition,” Moenck said. “Her success is because she committed herself to the program since she decided that she was going to join us. The combination of her natural ability, dedication and toughness have allowed her to have such a great start to the season.”

Being that this is her only season, Diemer wants to cap it off right. She hopes to run under 23 minutes for her 6k team and for the team to place in the top 10 at regionals.

“It is a very attainable goal with the way our season has been going so far,” she said.

Moenck believes she is for a successful rest of the season as well.

“If Rebecca can continue to keep herself healthy, she will have a great conclusion to her season. She is such a terrific teammate and is very easy to coach. We’re lucky to have her with us, even if it’s only for one season.”