Setting the standard in marriage equality 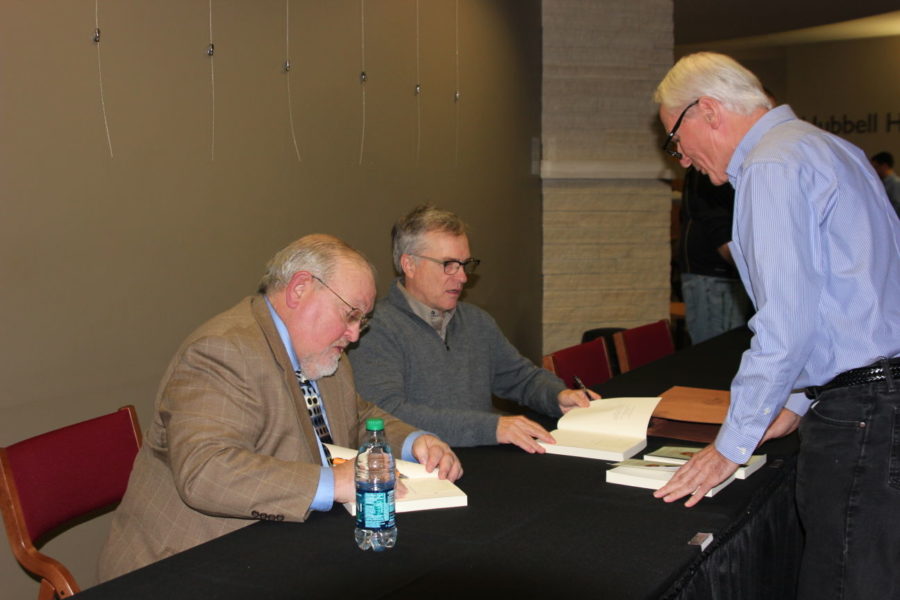 On June 26, Raygun released the t-shirt “America is now finally as gay as Iowa” in stores. The date came six years after Iowa legalized same-sex marriage.

This instance was only one of many in celebration of the Supreme Court decision Obergefell v. Hodges better known as the case which struck down same-sex marriage bans nationwide.

While this decision was historic and monumental, it trudged far behind the 2009 Iowa Supreme Court decision Varnum v. Brien.

They provided background and insight into the project and the volatility of that period in Iowa’s recent history.

It took another six years for the United States Supreme Court to follow Iowa’s lead with Varnum. While 37 states had struck down bans on same-sex unions, 13 still enforced bans of some form. On June 26, 2015, the law of land struck down the bans on same-sex marriage in the remaining 13 states.

The Iowa History Center through Simpson College saw the relevance of these events and based their biannual event around the momentous SCOTUS decision.

With moderator Michael Gartner, former NBC president and Pulitzer Prize winner, Witosky and Hansen addressed the intricacies of the Varnum case and aftermath.

“On the day the decision was issued, I was sort of stunned by it,” Witosky said. “In my mind, I started thinking of other major decisions that were unanimous, and the one that popped up was Brown v. Board of Education.”

In investigating the unanimous decision, Witosky questioned what led the justices to their decision.

“I didn’t know why they had made that decision. But I did know this. It was a hell of a story.”

Iowa Supreme Court justices Marsha Ternus, Michael Streit and David Baker were ousted from the bench following their votes in the Varnum decision. In 2012, the three were awarded the John F. Kennedy Library Profile in Courage award for their sacrifice in the decision.

“When we cast our votes in Varnum, we weren’t thinking about being courageous,” said former justice Ternus in the award acceptance speech. “We knew that our decision would be unpopular with many people, and as David Baker said, we even knew in the back of our minds that we could lose our jobs because of our votes in that case.”

The case set a multitude of standards for cases to follow, one example being the inclusion of children as plaintiff testimonies to bolster the case for family unity.

Witosky, Hansen and Gartner have high hopes for future cases with the coming generations. Simpson College students will be part of those generations, and may live through many more impactful decisions in this lifetime.

“The old people are dying out and young people don’t see things as issues,” Gartner said.

Witosky said they did not pioneer the coverage of same-sex marriage cases, but Varnum cannot be discredited for its worth it the national fight. “We caught the wave on writing this, but the importance of the case stands.”