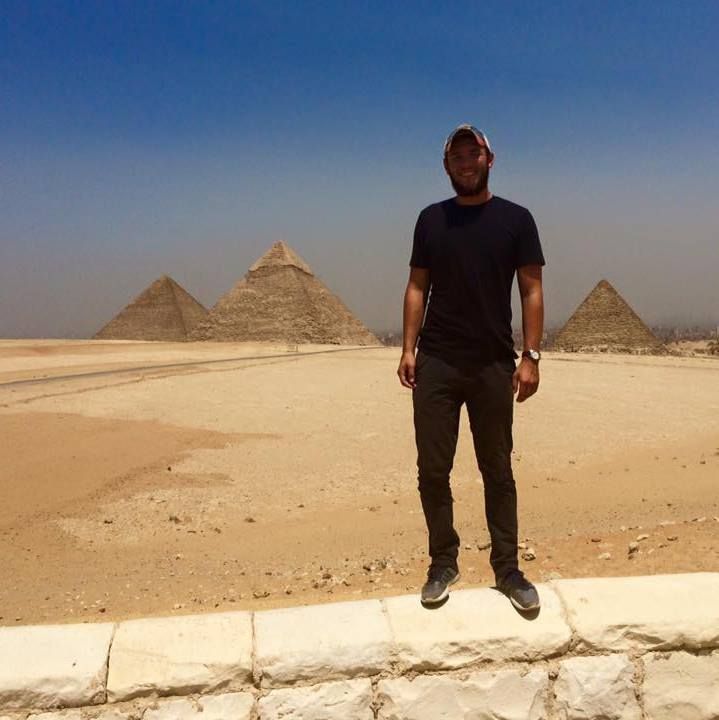 by Jake McLain, Special to The Simpsonian [email protected]

After months of submitting resumes, filling out applications and waking up in the middle of the night to accommodate the eight-hour time zone difference for phone interviews, I finally had my answer.

I woke up to the annoying “ding” of my phone notifying me that I had a new email around 3 a.m. The email was from an Israeli think-tank with the subject line, “Research Internship.”

I jumped out of my bed and sat up as I read the message.

For the first time in my life, I was headed across the ocean. I would spend the next three months in Tel Aviv, Israel, working for the Moshe Dayan Center for Middle Eastern and African Studies.

From May until August, my weeks would consist of researching ISIS while traveling the Middle East.

I had no idea that my travels would bring me to three continents, five countries and countless villages and cities along the way.

Whether I was hiking along the Syrian border, visiting Petra, backpacking through Palestine, or taking a weekend trip to Istanbul, my weekends were never dull. As soon as my workweek was over, I was off to the next most exciting thing that I could find.

I resolved long before I left the United States that I would see the Pyramids if I spent my summer in the Middle East.

Against the recommendation of the Dayan Center, and interestingly enough, the travel agency, I arranged a weekend in Cairo.

It was late in the summer and I was running low on money, so flying there wasn’t an option. This meant that I would have to take a car through the Sinai Peninsula to get to Cairo, which presented a major problem.

The northern third of the peninsula was a closed military zone due to conflict between jihadist groups and the Egyptian military. This meant that rather than going straight west from Eilat to Cairo, my driver and I had to go to the southernmost tip of the Sinai in a convoy, and then back up the other side of the peninsula.

This detour doubled the travel time.

I wanted to complain, but the scenery assuaged my frustration.

I had never seen the stars pierce through the night sky quite like that. I stared out my window for well over an hour until I had to ask my driver to stop so that I could stand beneath them.

It was moments like these that were so characteristic of my summer.

Even though I was there for the Pyramids, something along the way made me fall in love with the region just a little bit more.

As I stared at the night sky, I started to think about the Pyramids that I would soon see. I was practically raised on the Discovery channel, so I had seen countless documentaries and shows on all of the different theories of how and why they were built.

However, the closer I got to Cairo, the more I started to worry.

I had already experienced this feeling after visiting Jerusalem, and I had a handful of friends tell me that places like the Eiffel Tower and Stonehenge were complete letdowns. Would the Pyramids be the same?

As soon as I saw the Pyramids poking up into the hazy sky in the distance, I chuckled out loud.

It was absurd to think that those magnificent structures could ever fail to measure up to expectation.

Whatever it was, I stood in complete awe, much in the way that I did beneath those Sinai stars.

I gawked at the pinnacle of human potential before my eyes. After two and a half months of analyzing ISIS propaganda, my heart was a little hardened.

I was calloused to the wretched ways that human beings can treat one another.

While the Pyramids embody part of this wretchedness in so far as they were built on the backs of slaves, they, nonetheless, show us just how much the human body can achieve.

Human achievement in the midst of adversity was something that was already on my heart.

It’s tiring to learn another language. It’s challenging to adapt to another currency. It’s depleting to be away from home.

As I stared up at those massive structures, I couldn’t help but forget just how much I struggled to get there. I simply stood in awe.