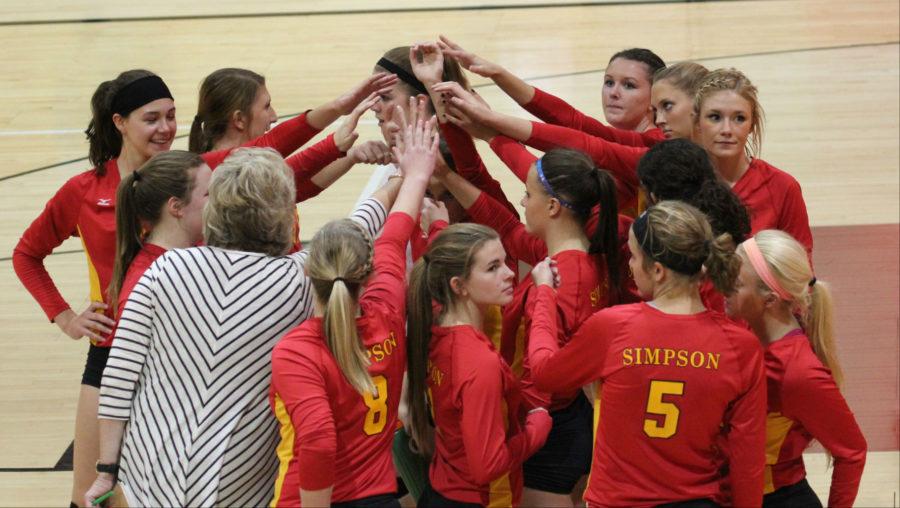 SAN ANTONIO, Texas – Despite being eliminated from the Iowa Conference Tournament almost two weeks ago, the Simpson volleyball team knew their would be some silver lining.

It would get to travel to the warmth of San Antonio, Texas to finish their season with four matches at the Trinity Invitational.

Unfortunately, the heat didn’t translate onto the court for the Storm, who were swept in four straight matches over the weekend, concluding their season 1-9 in the last 10.

Simpson exploded to hit .515 in the first set on its way to a 2-1 lead but Trinity (20-11) responded with a .333 kill percentage over the final two sets to complete the comeback.

Individual stats weighed heavily in favor of Simpson who had three players over double-figures in kills.

Tabith Blaser had a match-high 15 kills, Niki Dean matched a season-high with 13 and Mackenzie McGraw added 11.

For the second straight match Simpson couldn’t close after attaining a 2-1 advantage as it fell to No. 18 La Verne (20-5).

The Storm played competitive against a top 25 opponent, but the Leopards played the best when it counted most, hitting .500 in the final set to secure the win.

Hoppenworth had 35 assists for Simpson.

Simpson was a lot less competitive in day two of competition, starting off the day with a shutout loss to the Crusaders (17-9).

An anemic -.018 kill percentage did Simpson in as Shelby Russell led the Cru with 15 kills.

McGraw’s seven kills was the most for any Storm player.

Dean had a team-high eight kills, Hoppenworth had 21 assists and Sulentic dug out 21.

The Storm will lose Blaser, Hoppenworth, McGraw and Sulentic to graduation, all of whom were considerable contributors.