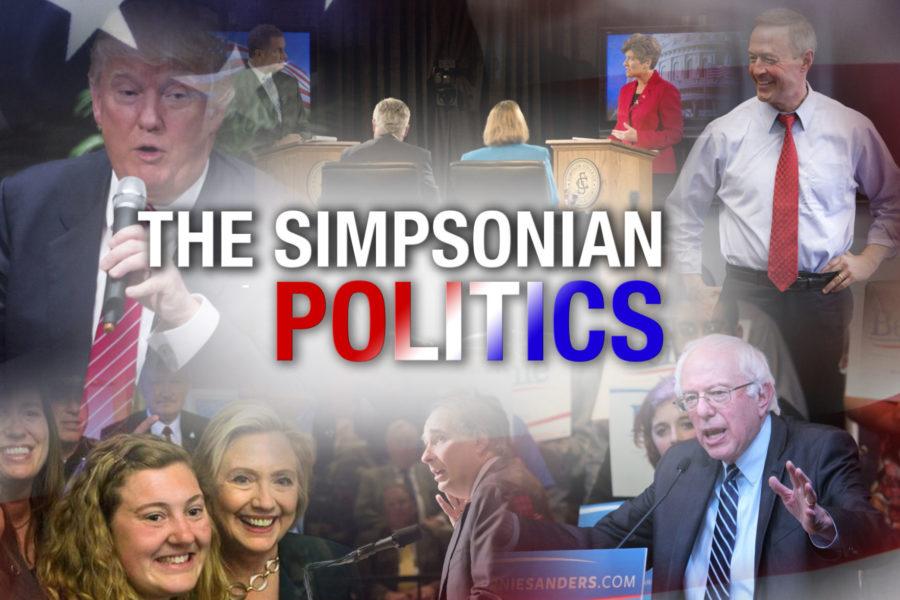 The last three remaining Democratic presidential candidates sought to distance themselves in the race Saturday evening in the second Democratic debate held at Drake University.

In a last-minute scramble to encompass the Paris attacks that happened the day before, the tone of the debate largely shifted, forcing candidates to focus on foreign affairs — a strong suit for former Secretary of State and front-runner Hillary Clinton.

Many Twitter users say the debate was more passionate than the first in what seemed to be a tag-team offensive against Clinton by primary rival Vermont Sen. Bernie Sanders and former Maryland Gov. Martin O’Malley — both of whom have paid a visit to Simpson College.

Here are the top five takeaway moments from the debate, sponsored by CBS News, KCCI-TV and the Des Moines Register:

When asked about her previous support of a single-payer system with government requirements, instead of private insurers, Clinton responded by saying, “Revolution never came. I waited, and I’ve got the scars to show for it.”

She called Obamacare a “great accomplishment.”

“I have looked at the legislation that Sen. Sanders has proposed, and basically he does eliminate the Affordable Care Act … puts it all together in a big program, which he then hands over to the states to administer. And I have to tell you, I would not want, if I lived in Iowa, Terry Branstad administering my health care,” Clinton said.

While advocating for a path to citizenship, the governor said, “You’ll never hear this from that immigrant-bashing carnival barker Donald Trump.”

“The truth of the matter is net immigration from Mexico was zero,” O’Malley said, referring to the number of immigrant arrivals each year.

In response, Donald Trump tweeted, “Hillary and Sanders are not doing well, but what is the failed former Mayor of Baltimore doing on that stage? O’Malley is a clown.”

O’Malley touted his accomplishments in gun control measures after the wake of the 2012 mass shooting at Sandy Hook in Newtown, Connecticut. Fired up, Sanders slammed the former mayor of Baltimore: “With all due respect, I think it’s safe to say Baltimore is not now one of the safest cities in America.”

Sanders’ referred to the riots after the death of a black man, Freddie Gray, while being transported to a police station. The upheaval played a large role in the “Black Lives Matter” movement.

Clinton defended her connections to the financial industry in response to Sanders’ criticism:

“I represented New York on 9/11 when we were attacked. Where were we attacked? We were attacked in downtown Manhattan, where Wall Street is,” she said. “I did spend a whole lot of time and effort helping them rebuild. That was good for New York, it was good for the economy, and it was a way to rebuke the terrorists who had attacked our country,” she said.

Deputy Campaign Manager for Martin O’Malley tweeted, “My dad worked in WTC from the day it was built to the day it went down. @HillaryClinton, never invoke 9/11 to justify your Wall St positions.”

Elizabeth Bruenig of the New Republic tweeted, “The response of the night: 9/11, donor gender breakdowns, Wall Street proper, all in one answer. God bless America.”

Sanders was not satisfied with Clinton’s response. “Why has Wall Street been a major contributor to Clinton over her career?” he said. “The business model of Wall Street is fraud. Wall Street representatives will not be in my cabinet. The major banks must be broken up. What we need is leadership in this country that revitalizes American democracy.”

In a comment rated “Mostly False” by PolitiFact, Sanders claimed, “Climate change is directly related to the growth of terrorism.”

In his 90-second monologue, Sanders spent only 20 seconds — two sentences — commenting on the deadliest attacks in France since World War II, before slipping into familiar territory of income inequality.

His transition, as noted by some critics, was beyond awkward: “This country will rid our planet of this barbarous organization called ISIS. I’m running for president because as I go around this nation I talk to a lot of people. And what I hear is people concerned that the economy we have is a rigged economy.”

Clinton, however, was applauded for her refusal to use the term “radical Islam.”

“We’re not at war with Islam; we’re at war with violent extremism,” said Clinton, as the audience erupted with cheer.

Political analysts said Clinton separated herself from President Obama by taking a harder stance on ISIS, but she dodged how the terrorist organization became so powerful under her watch.

WATCH THE FULL DEBATE BELOW: