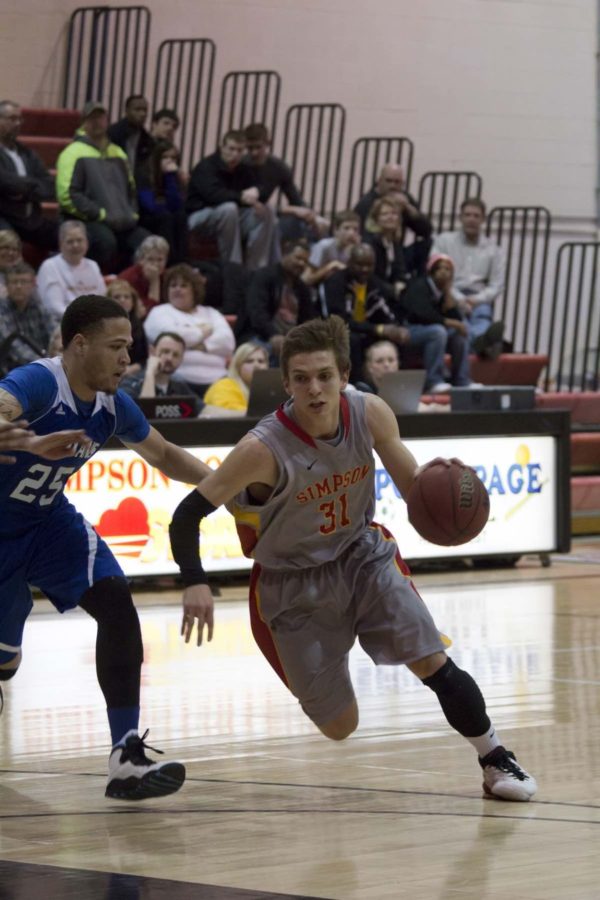 Augsburg wasn’t only efficient from the floor but made the most of trips to the line, hitting 24 of 27 free throws as they never let go of the lead.

Cody Isabel hit a game-tying free throw with 2:23 left in the first half, tying the game up 27-27, the last time Simpson would be tied.

Augsburg created as large as a 16-point lead in the second half before the Storm rallied back, cutting the lead to 71-74 on a rare Sam Amsbaugh three-pointer with 24 seconds left.

Augsburg went 6 of 6 from the line to close out the game, winning their season opener.

The Auggies had five players in double-figures but Simpson’s Ryan Skaar led all players with 19 points on 4 of 7 from three.

Amsbaugh was efficient, scoring 13 points in 18 minutes, being matched by Austin Turner who added 13 in a team-high 32 minutes.

Simpson will be back on the court tomorrow night, taking on another Minnesota Intercollegiate Athletic Conference for in Gustavus Adolphus.

Tip-off is scheduled for 7 p.m.