Using the art of theatre to enhance childhood creativity 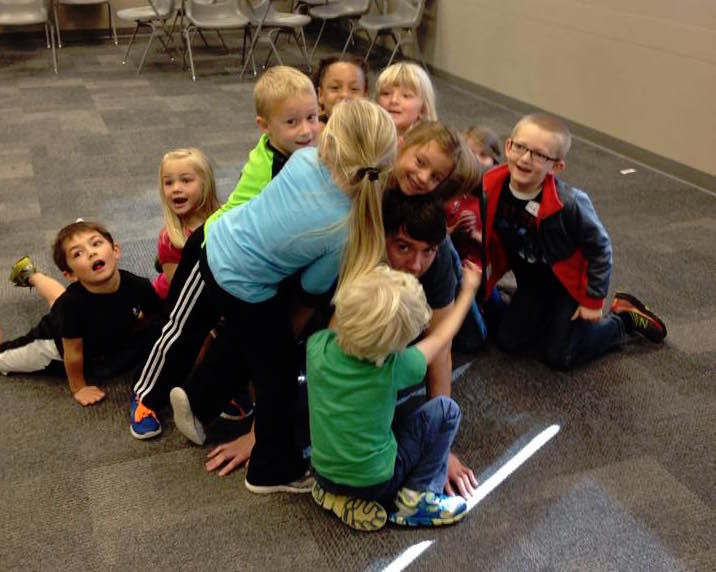 For the first time, Alpha Psi Omega, an honor theatre fraternity at Simpson, reached out and involved kids in the community with their own camp. A total of 41 kids attended the camp on Nov. 7 from 8 a.m. to 12 p.m. at the Blank Arts Performance Center.

To plan for it, APO sent fliers to the Indianola school district as well surrounding communities. They also invited Simpson professors to bring their children.

In the early planning stages, they organized a syllabus that detailed which classes the camp would teach and made sure the games or activities were kid-friendly, while at the same time, something older kids would enjoy. The ages of the kids ranged from as young as 4 years old to 11 years old.

In crafts, the kids made props, such as puppets, while the warm-up improv section had kids participating in various games to improve their skills of improvisation and acting. The musical theatre section taught songs and dances to the kids.

Senior Gillian Randall said, “I think this year is where we’re really starting to reach out to the community as well as the Simpson community itself.”

Alanna Wendt, who helped organized the event, said getting kids involved in the arts early on helps them in all subjects of their schooling. It also improves their creativity and critical thinking skills. As children, it allows them to explore other options of artistic expression.

“I remember when I was young that I did theatre, and now I’m a theatre major,” Randall said. “Now I want to do theatre with my life, and maybe some of these kids won’t do theatre with their lives, but having the opportunity to get to be creative and have fun and play in a safe community is something that I think is really important to the entire arts community.”

The American Alliance for Theatre and Education found that students involved with drama performance coursework or experience outscored students that weren’t involved in the 2005 SAT by an average of 65 points in the verbal portion and 34 points by the math portion.

Randall said, “I just want people to know that APO is a thing, and that we have events sometimes, and that it’s really something awesome that everybody’s welcome to go to our events.”