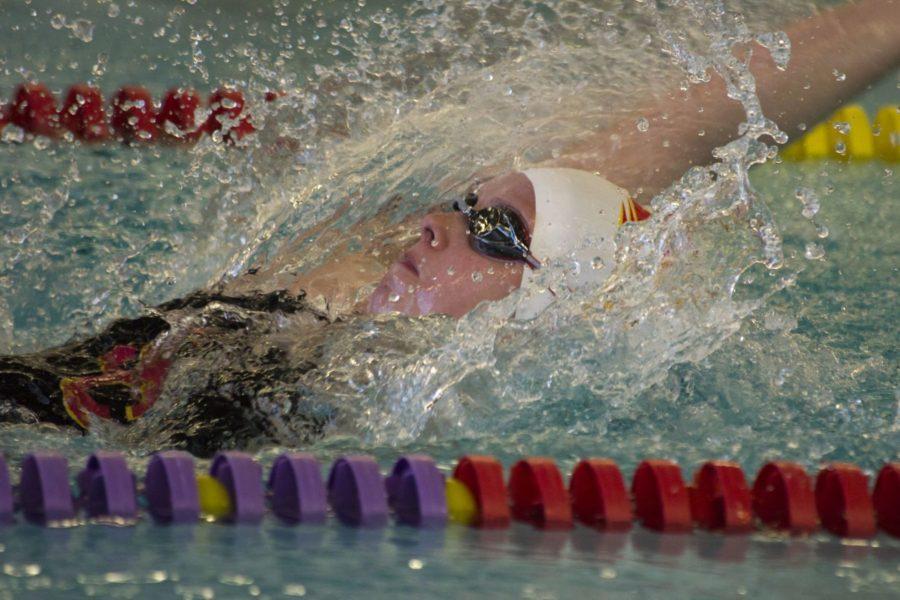 INDIANOLA, Iowa – Loras won 20 of 26 events as the Simpson men’s and women’s swimming and dive squads were swept by the Duhawks at the Indianola YMCA on Friday night.

The Storm women won three events but it wasn’t enough to top the Duhawks (4-5) on Friday in Simpson’s second conference loss in as many matches.

Blum won her second race of the day in the 200-yard breaststroke, touching the wall in 2:42.24, an event she didn’t compete in last week.

The men matched the women by winning three individual races, led by Dylan Gray and James Tillison who were apart of two of those wins.

Simpson (1-2, 0-2 IIAC) bookended the night with a win in the 400-yard freestyle relay, but it wasn’t enough to erase the team deficit. Gray, Scott Wailes, Tillison and Nicholas Collison teamed up to finish in 3:38.16 in the two-team race.

Freshman Naomi Olsgaard competed in the 1-meter dive, but was beat out by 115.6 points.

In men’s diving, JJ Hansen set records in the 1-meter dive and 3-meter dive but placed second in both events to Loras John Maevski

Simpson is off for Thanksgiving weekend but they’ll head to Grinnell for the Pioneer Classic from Dec. 4-5.

The next home meet for Simpson will be the last one when they host Iowa Lakes Community College on Saturday, Jan. 16 at 1 p.m.