Simpson overpowered by Division I Drake in exhibition 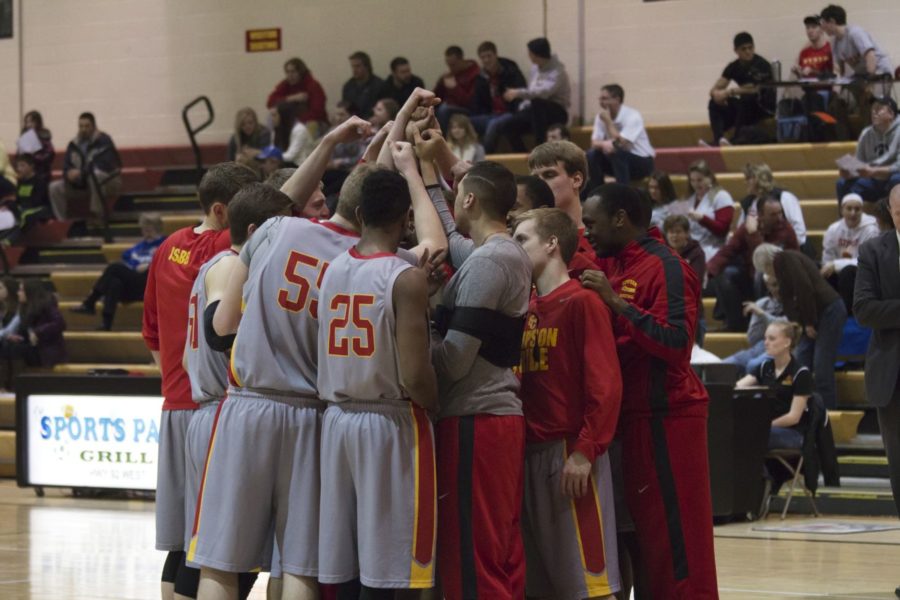 DES MOINES, Iowa – Too big. Too fast. Too strong.

That was the theme Friday night for the Simpson men’s basketball team as they dropped their season opening exhibition against Division I opponent, Drake, 97-52.

The Storm played at a breakneck pace on the night, hoisting up 65 shots and outshooting the Bulldogs in the process, but Drake’s efficiency outshined Simpson’s fast play.

Drake outrebounded the Storm 49-26 as the Bulldogs trotted out a roster that features three players that stand between 6’10 and 7’0. Simpson did however hold a 9-7 advantage on the offensive glass.

Senior Dillion Gretzky led the Storm in scoring with 14 points on an efficient 6 of 10 shooting night, including 2 of 4 from three point range. Brook Thompson pitched in six points while Austin Turner and Darrin Futch had five points apiece.

The Storm return to action Monday at home to open up regular season play versus Graceland. Tip is set for 7:05 p.m.