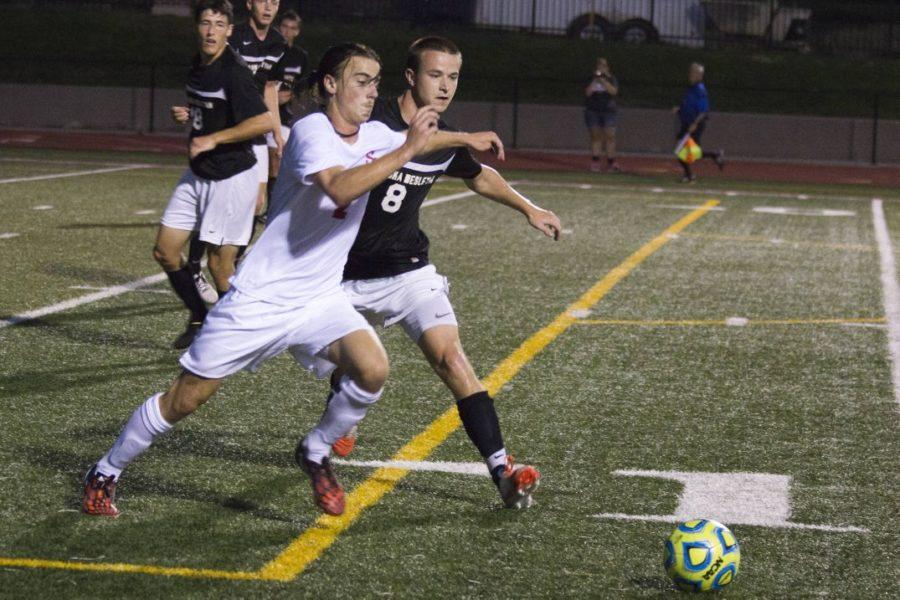 Alex Bradley scored the game’s opening goal in the sixth minute, Johnny Rummelhart made it 2-0 eight minutes later and Kevin Higgins put the final touches on in the 19th minute.

But from then on, play was even.

Unfortunately for Simpson, even wasn’t enough as it ended up only being outshot 13-12 and 5-3 on goal.

3-0 was the result in Simpson’s 3-0 loss at Loras on Sept. 26, and it marks the 19th straight match in which Simpson has lost to the Duhawks – dating back to 2002, the last time Loras didn’t make the Iowa Conference title game.

Cody Jacobson had a team-best two shots on goal and three shots overall for Simpson.

The Iowa Conference championship will stay in Dubuque as Loras will meet the Dubuque Spartans in the title game on Saturday at the Rock Bowl.

The Storm lose nine seniors, with nearly all of them earning significant playing time in 2015. Replacing them and continuing the trek to knock down an increasingly strong top-end of the Iowa Conference will be a challenge in 2016.