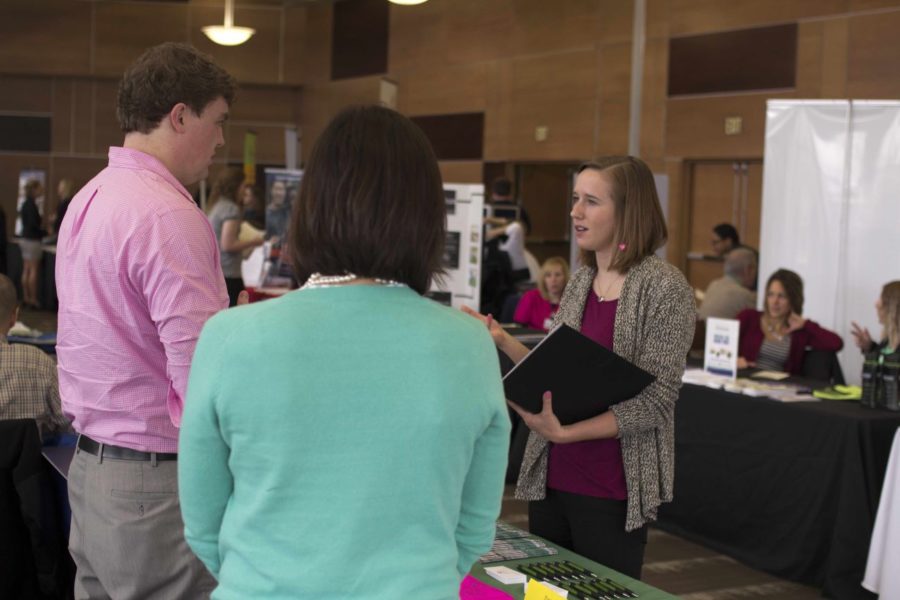 Simpson College will not host any career fairs this year due mainly to a lack of time and staffing, according to Bobbi Meyer, director of Career Development and Civic Engagement.

“What once was six people now starting this year is just two,” Meyer said. “We then had to think, ‘OK, so of all of the things that CVIL used to do, what can we still do, what do we feel is most important?’ And when we looked at where students are getting the richest experience, where they’re getting jobs, we have found that is in the most kind of engaging things we do with them.”

One alternative that was considered was going from multiple career fairs focused on specific disciplines to one general career fair. That’s how it was when Meyer came to Simpson three years ago, but she didn’t think it would be a smart plan to go back to that arrangement.

“I think we’re going backwards if we try something like that,” Meyer said.

Many other private colleges are also dropping career fairs. Another option some schools have pursued is to bus students to larger universities for career fairs. Meyer said Simpson has offered that in the past, but not many students have taken it.

Meyer said there has been a general shift in the way companies recruit, geared more toward on-site and online. Even while Simpson was hosting career fairs, students would often meet a potential employer in person and then be told to apply online anyway.

Rehman, a forensic science and biochemistry major, recommended that students use Greek Life and Public Relations Student Society of America and other campus organizations to help them prepare for and find careers. He also said professors are excellent help when networking.

One-on-one appointments with Career Development and Civic Engagement include mock interviews, resume reviews and job search help. Students can drop in on the second floor of Kent, but it’s best to make an appointment first to ensure enough time, according to Meyer.

Besides in-person services, the office also offers job-hunting help on Simpson’s website through CareerPaths, which connects students to myriad opportunities for internships and part- and full-time jobs, ordered by field and location.

Meyer admitted that if she had the staffing, she would have kept career fairs at Simpson.