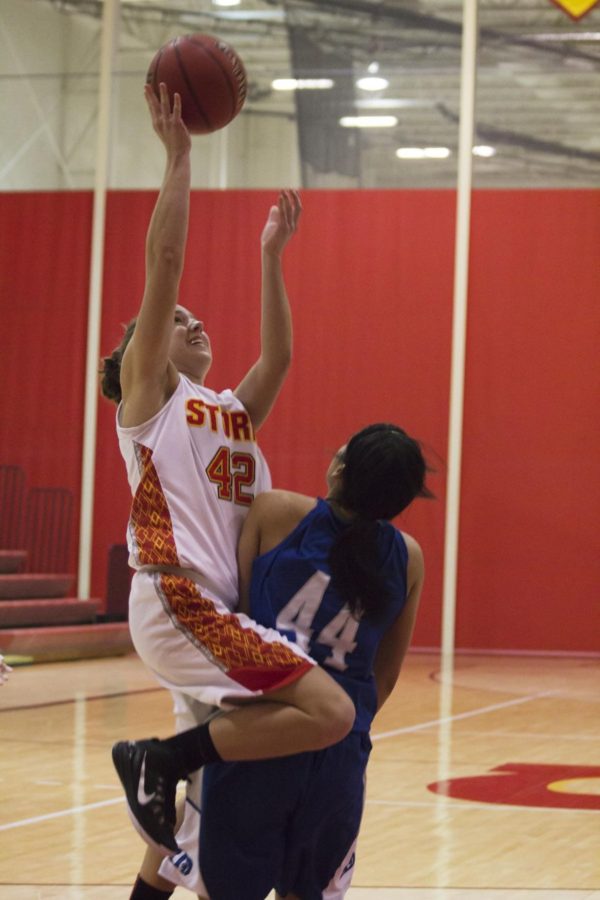 Simpson (1-2) got behind for good when Taylor Augustine hit a jumper, putting UW-River Falls ahead 23-22 – a lead they would never relinquish.

Mackenzie Haupt, who led the Storm with 16 points, hit a pair of free throws to cut the Falcons lead to 63-67, but UW-River Falls closed the door on the line.

Four players scored in double-figures for the Falcons, led by Taylor Karge’s 22 points and seven rebounds. Richell Mehus hit 9 of 12 free throws on her way to 14 points.

Simpson has another chance tomorrow and it’ll be against UW-Stout at 1 p.m. in the Gustavus Tip-Off.