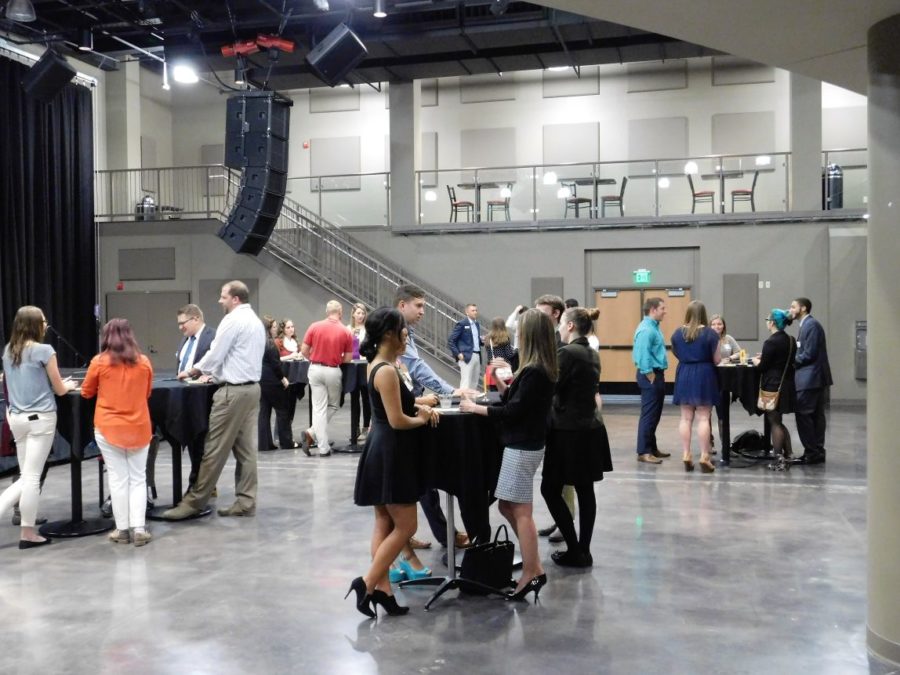 Mocktails, The Polar Bare Run and selling roses at graduation are just a few of the ways the Student Alumni Association gets its name out on campus and helps people get connected and stay involved.

On Nov. 3 the Student Alumni Association hosted Mocktails and opened it up to the campus.

“Basically, it’s like a casual mock speed interview, but you are in small groups of about five students, and we split them up and we designate different alumni who come from different backgrounds, different careers, different years, so they can get a good mix of references,” said Hannah Dannewitz, vice president of SAA.

When talking to alumni, the conversation can be as personalized as one would like it, but students are also provided with prompts about internships, what the alumni were involved in during their time at Simpson and what the alumni do with their careers.

Another event SAA hosts is the Polar Bare Run, now in their third year of hosting it on Nov. 18. Students can run or walk about a one-mile course, and at certain checkpoints they take off clothing that they would like to donate to those in need, leaving the bikini areas covered at all times. After the event SAA washes the clothes and gives them to a shelter.

“Instead of having a clothing drive we make it an event so people can participate and can feel like they’re actively donating too,” said SAA member Callie Besaw. At graduation the organization sells roses to give to students and families.

“We sustain ourselves with our own funding. We generate our own revenue, which is something not a lot of organizations do on campus to the extent that we do it. We do it by selling roses at graduation,” said president of SAA Alexander Cutchey.

The adviser for this organization is Andy English, director of alumni relations, who has the right connections when it comes to certain events.

“Each alumni at an event will specifically be comfortable with the job they are put in because Andy knows that they would be great for that position,” Besaw said.

As the adviser, Dannewitz said that English is there to get the alumni to come in and recruit new students, but lets the students learn from experience.

“Andy’s biggest point is bringing in the alumni. He steps back and lets us do a lot of work with it, so we can grow and get that leadership experience,” Dannewitz said.

The group is still accepting new members. They meet every other Wednesday in Carse 171. Cutchey said students can get involved by emailing him, Hannah Dannewitz, Audrey LoVan or Andy English, or by dropping in to one of the meetings.