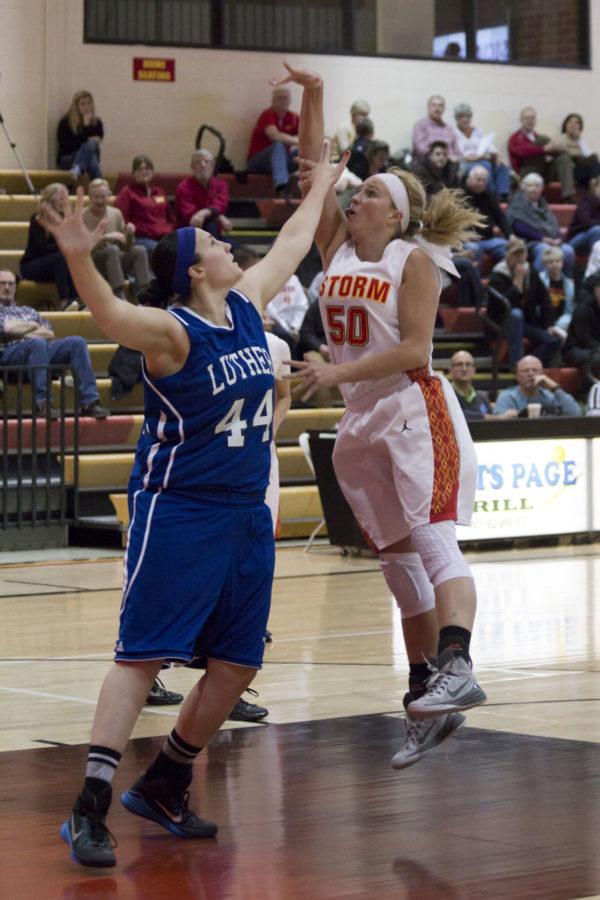 If the two teams didn’t play the second quarter, Simpson would have lost 50-41.

Thanks to a 19-3 run in which the Storm (2-3) held Iowa Wesleyan to one field goal in the second quarter, Simpson didn’t lose but won 60-53 over the Tigers in the Simpson Classic Tournament.

The Storm drilled three three-pointers in the second quarter and didn’t allow an Iowa Wesleyan field goal until Kaylee Moselesy made a jump shot with 24 seconds remaining in the half.

Simpson led by as many as 15 points twice in the third quarter and looked like they were going to run away with the game.

Rachel Williams hit a buzzer-beating half court heave to cap a 14-4 run, clawing with a 47-43 deficit at the end of the third.

Katie Ahrenholtz scored a team-high five fourth quarter points and Maddie Bosworth capped off a double-double in the final quarter to fend off the comeback.

Bosworth ended the night with an 11 point, 10 assist double-double but Morgan Mauro led the way with 14 points on 5 of 12 shooting.

Whitney Van Wyk scored nine points, but they were a key nine points as the tide shifted in the second quarter. Van Wyk had five blocks, three assists, three rebounds and one steal.

Williams led all scorers with 19 points.

Fouls were few and far between as the two teams only combined to shoot 13 free throws.

Iowa Wesleyan only played four bench players for a combined 28 minutes as it was outscored 21-8 in bench points.

Simpson plays familiar-foe Grand View in their next challenge in the Simpson Classic at Cowles Fieldhouse at 3 p.m. on Saturday.