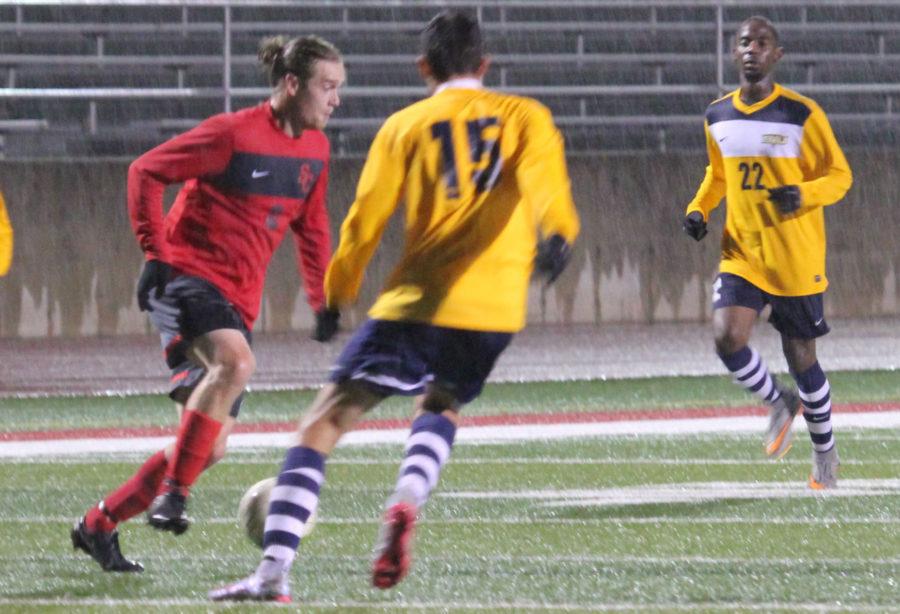 INDIANOLA, Iowa – If you were out at a scary movie, trick-or-treating or doing other ‘Halloweenish’ activities on Saturday, you missed out on a thriller at Buxton Stadium.

A 0-0 stalemate lasted until the 78th minute when Zubeen Azari gave Wartburg the 1-0 lead.

But, Marcus Varnum came to the rescue.

With 14 ticks left on the clock, Varnum drilled a pass from Tyler Neumann into the back of the net from 20 yards out.

The score remained 1-1 through two overtimes, leaving the game to be decided by penalty kicks, a situation exclusive to tournament play.

Both teams converted on each of their first five shots until Wartburg’s Colyn Snider let one sail above the goal, tended by Chris Harris who was brought on for penalty kicks. Collin Hemann didn’t let Wartburg off the hook, scoring to give Simpson the 6-5 win in penalty kicks.

The win sets up Simpson (9-8-3, 5-2-1) for a semifinal meeting with No. 1 seeded Loras on Wednesday in Dubuque. The Duhawks had a bye in the first round.

While Wednesday will require more magic from the Storm, Simpson is certainly enjoying its win – which was rightfully theirs.

Simpson’s trend of outshooting its opponents reared its head again as the Storm outshot the Knights (11-6-2, 4-4-0) 30-17, while putting five more shots on goal.

The Storm will need stellar play on both ends of the field to upend the 12-4-1 Duhawks.

On a five-match winning streak, there is no better time than now for Simpson to dethrone Loras.