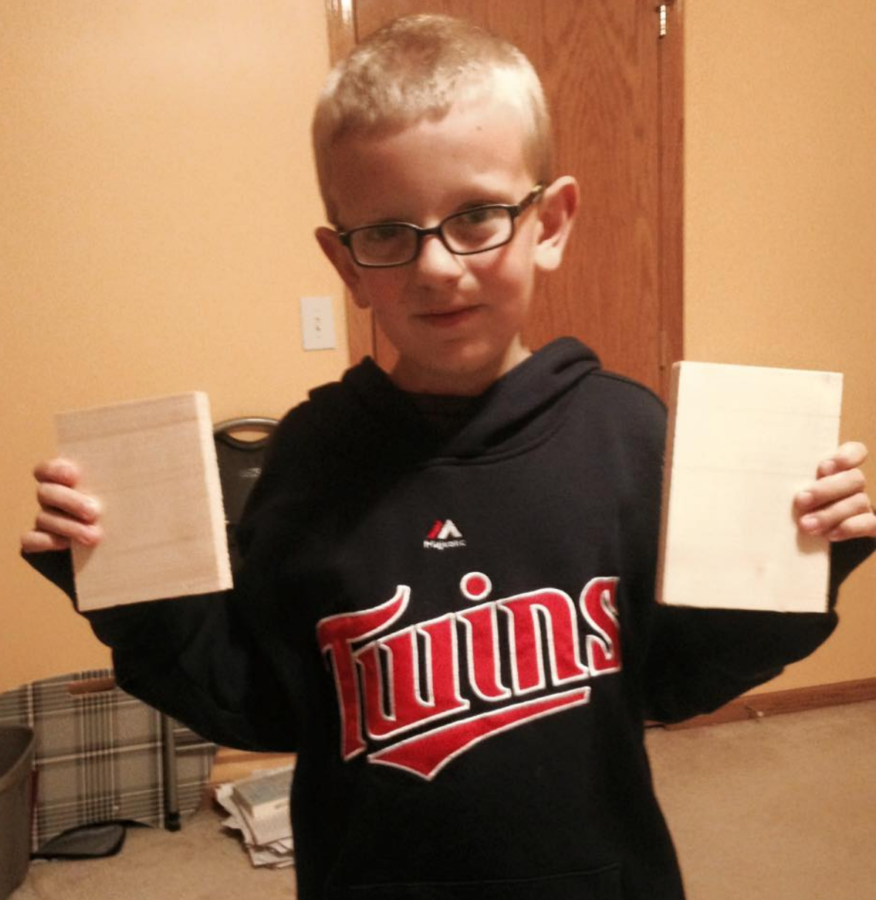 After four years of searching for answers and going through many tests, 10-year-old Noah Kruse from Indianola, received a diagnosis known as Sotos Syndrome.

Sotos Syndrome is a rare genetic disorder caused by mutation in the NSD1 gene on chromosome 5. Some characteristics of this syndrome include overgrowth in childhood, distinctive facial features and delayed development of mental and movement abilities.

As a baby, Noah had delays in his physical, language and cognitive stages of development and, after gaining skills, he would lose them. At the age of 10 months, he started receiving services to figure out his diagnosis.

Aryn Kruse, Noah’s mother and assistant professor of education at Simpson College, said that Noah faced many challenges as a baby, especially with his development.

“Thankfully, through information from the University of Iowa Hospitals and Clinics and through Early ACCESS, Iowa’s early intervention system for families and children birth to age 3, we were able to help boost his development the best we could,” Kruse said.

Noah and his family make sure to continuously check in on his level of development by staying in contact with services that provide assistance for him.

“We frequently go to the University of Iowa to receive information on his physical and cognitive development,” Kruse said. “Noah also receives help through the orthopedic department because Noah’s low muscle tone has effects on his skeletal system.”

Although Noah’s journey has been difficult for him and his family, they have gained several great experiences from dealing with their challenges. One of these experiences includes getting involved with Dance Marathon, which Kruse is now the advisor for at Simpson.

“I first began my involvement in Dance Marathon when I was a professor at Loras College,” Kruse said. “I was hooked, largely because I could see how important this cause was for my students.”

Coltyn Hunter, the family committee leader for Dance Marathon at Simpson, emphasized the importance of searching for families to be involved.

“One of the most important pieces of Dance Marathon is incorporating the children who have gone through so many trials to get where they are today,” Hunter said.

Coltyn has met Noah and is in the process of getting to know him. “We are excited to have him and his family involved, since they all have a passionate heart for Simpson and Dance Marathon,” she said.

Kruse wants others to realize that Noah is just like any other kid who loves playing video games and has a good relationship with his siblings.

“Noah is also a wonderful, awesome, funny kid,” Kruse said. “He makes it easy for me to want to advocate for him. Noah, himself, is a hard worker and perseveres more than any person that I know. “

For Simpson’s upcoming Dance Marathon event on Dec. 5, Noah will be one of the miracle children. This event will be a time for families to bowl, interact with families and get to know other families on a personal level.

Kruse said, “I’m very grateful that Simpson students are ready to jump in and raise awareness and funds for the Children’s Miracle Network.”