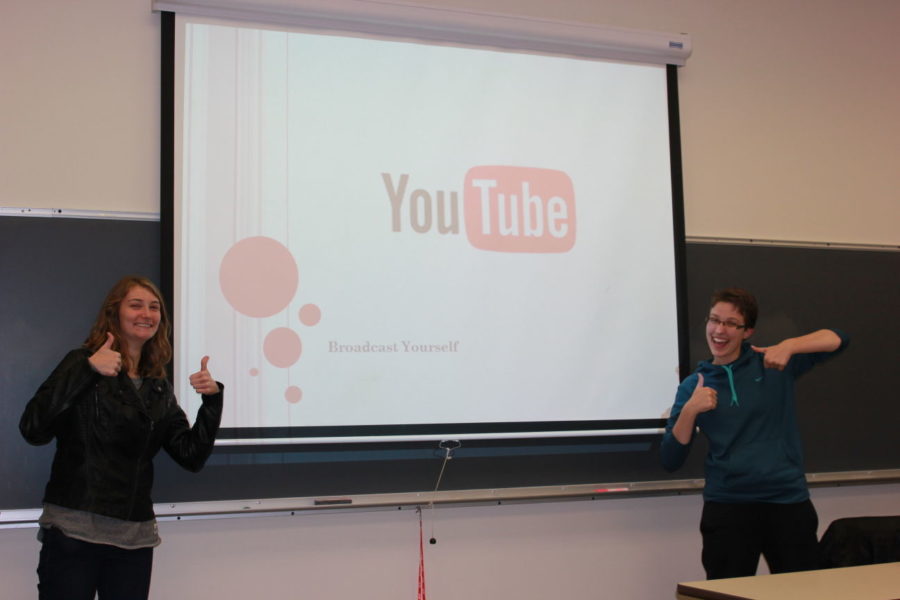 Everyone is a fan of something, and that’s exactly the message Fandom Club wants to send out.

They meet in Wallace 204 every Thursday from 6 p.m. to 7 p.m. There are around 30 people in the club, but only about 10-15 come to the meetings each week. Members pick and choose which meetings to go to, depending on the theme, which is announced on their Facebook page or by other means.

Samantha Schmidt, Simpson senior and four-year member of the club, said, “We felt like it would be more inclusive to change the name because I think with Comic Book Club, people think, ‘Oh, that’s just nerdy stuff.’ It is nerdy stuff, of course, but we talk about other stuff as well.”

Club treasurer Ella Kistler said because they sometimes only talked about comic books, they needed to expand the name or they would lose people who wanted to come. The idea for naming it Fandom Club was that anyone can be a fan of anything.

Besides comic books, the club talks about a wide range of topics from movies to shows, anime to manga, even sports, if requested.

The first meeting of the club each year decides what themes are going to be talked about. Schmidt said they usually make a master list of topics that members are interested in and pick and choose as the year goes on.

With each theme they have for a meeting, there’s a presentation usually done by one of the officers. After the presentations, they play games that follow that night’s theme. Some games they played in the past were Harry Potter Scene It? and DC vs Marvel. In DC vs Marvel, participants would choose two characters from each and decide who would win in a fight. They’ve also played fandom-themed Bingo.

“The topic was Supernatural so we watched one of the earlier episodes. It was like a game of Bingo and whenever the characters said something on one of the squares, we’d mark it off. Or if Dean hits on someone inappropriately or Sam makes a (expletive) face,” Kistler said.

Besides games and meetings, they host events. Because the club doesn’t have funding, these events usually consist of going to other places such as Anime Iowa or Comic Con and carpooling there. They’ll also host movie nights in the dorms or apartments of club members.

There can be any number of reasons for joining Fandom Club.

“If you like something, there’s probably a fandom for it,” Kistler said.

There’s a lot of information on their Facebook page, Simpson Fandom Club. They have a section about their club, events and even posts about upcoming meetings.

“Come and show up. You’ll never know unless you talk to people,” Schmidt said.