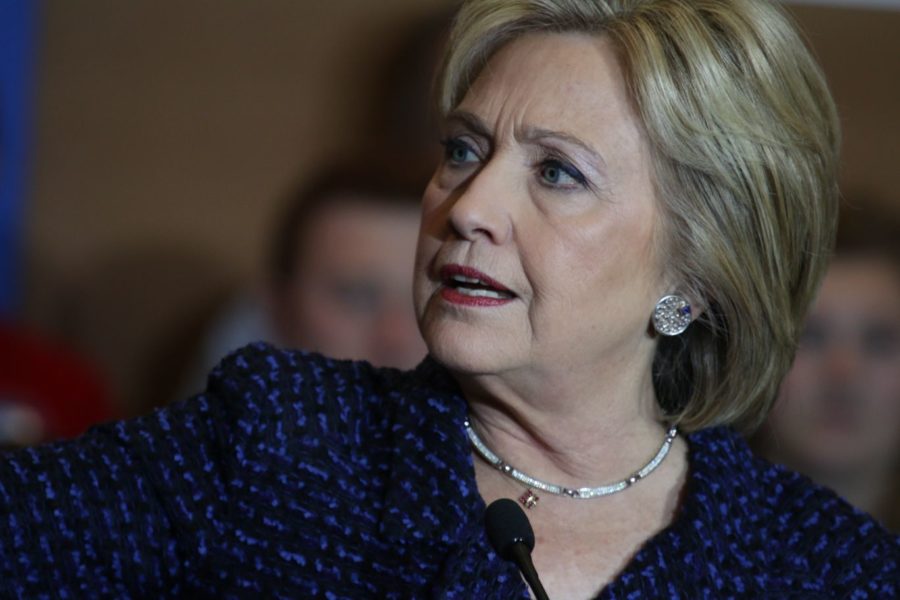 Hillary Clinton spoke to the Simpson College and Indianola community Thursday, a mere 11 days out from the first-in-the-nation Iowa caucuses on Feb. 1.

The former Secretary of State opened her speech by thanking everyone in the approximately 700-person crowd for their volunteer efforts for her campaign.

She also highlighted key similarities between herself and Simpson, mainly her Methodist upbringing and involvement with the Harkin Steak Fry. She and President Bill Clinton were the guests of honor at the final Steak Fry in 2014.

While Clinton fell to President Barack Obama in the 2008 Iowa caucus, she finished third with 29.5 percent of caucus support, behind Obama and Sen. John Edwards. She emphasized the need to build off the president’s successes beyond 2016.

“I want us to defend and build on the progress we have made under President Barack Obama,” Clinton said. “Young people can stay on their parents’ health insurance until 26 now, thanks to the Affordable Care Act.”

Her points on equal pay for women and clean energy garnered the strongest support in the room Thursday.

“If fighting for equal rights and women’s healthcare is ‘playing the gender card’ then deal me in,” she said.

The comment received the height of enthusiasm from the crowd.

Two topics more closely relating to students – loan debt and education – were blips in the stump, but not key points.

According to a new CNN/ORC poll, Sanders is polling at 51 percent in Iowa, while Clinton trails with 43 percent among likely caucus-goers.

While there is still time left to decide, Simpson students and Warren County voters alike are getting down to the wire to select a candidate for whom to caucus.

The coming days bring more opportunities to commit to a candidate as Florida Sen. Marco Rubio, former neurosurgeon Ben Carson and O’Malley all make campaign stops at Simpson between through Monday.

Find out more information about those visits on thesimpsonian.com, our mobile app and our Facebook page.