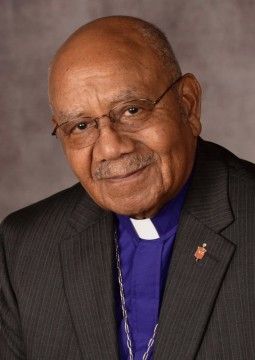 The Carver Medal Ceremony, one of the most honorary events put on by the Simpson Forum, encourages a more inclusive approach to diversity for upcoming years.

“I would love to tell you that this medal is greatly sought after and we receive hundreds of nominations each year, but that’s just not the case,” said Walter Lain, assistant dean of multicultural and international affairs. “I think we need to focus less on the individual recipient. We need more than just resources. It’s about a commitment from the college throughout many divisions and areas to select not only the person, but the legacy of Carver, elevating it so that the person is not so important as much as the award.”

Simpson’s Multicultural/Minority Issues Committee annually selects a recipient for the Carver Medal. The recipient is someone who continues the legacy left by Simpson alumnus George Washington Carver.

“The criteria is challenging,” Lain said. “We look for someone who has, in the eyes of Carver, dedicated their lives to service to others through either education, art, religion or science. Carver was very talented and had many gifts, and we think all of them are applicable to the medal recipient.”

“When I think of Carver, I think of someone who dedicated his life to others,” Lain said. “I think in college, we get caught up in thinking about everyday life, like paying bills and paying off student loans. Those things are important because they separate a lot of us in terms of who becomes educated and who can afford to tackle this great burden. But I think the larger issue for society is serving others and examining how we take the education we receive at Simpson and apply it to meaning in our lives.”

This is the dream of the MMIC for future Carver Medal Ceremonies.

“I think a lot of Simpson students and staff don’t know what the Carver Medal is,” MMIC co-chair Megan Pilcher said. “Our aim is to educate and further develop a program that leads up to the ceremony and the awards, maybe not making that the centerpiece, but expanding the whole event to encompass more.”

Pilcher said many meetings will take place over the course of the next several months to discuss possible changes.

Future celebrations could include student panels and additional guest lectures that students would be encouraged to attend.

“To me, when we think critically about our experience and we consider more than getting jobs, really think about what the true meaning of a college experience is, it requires that we think outside of ourselves,” Lain said. “Because after all, a lot of the things that are far more expensive, including ignorance and intolerance, cost us way more than any education system.”

“The things Carver did were important and groundbreaking,” she said. “He was not only recognized here but nationally. Being a man of color, he was ahead of his time in terms of breaking barriers. I think that now more than ever that’s something to really commend and recognize.”

The Carver Medal Ceremony and Lecture will be held at 1 p.m. on Wednesday, Jan. 27 in Smith Chapel on the Simpson campus. The public is encouraged to attend.