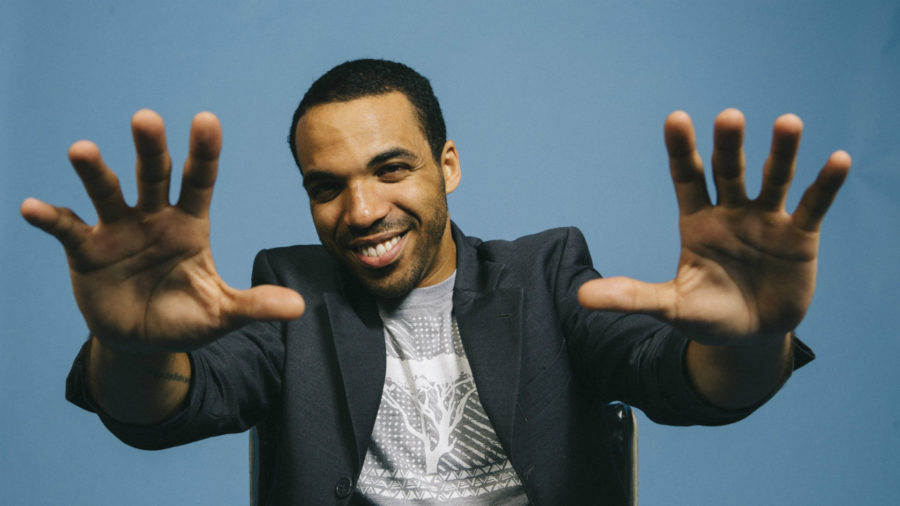 Growing up with a speech impediment, Chris Jones, stylized as “chrisjones,” from Chicago, talks for a living as a hypnotist.

Jones, whose audition for “America’s Got Talent,” has been viewed more than 8 million times on YouTube, introduced himself to his teacher as “chrisjones” in fourth grade, pronouncing his name as one word. Ever since, the pronunciation stuck.

“I still talk fast to compensate,” Jones said. “I don’t hear syllables very well. I wasn’t and I’m still not a good reader, so if I see a word I’ve never seen before, I don’t know how to pronounce it. I don’t understand phonics and so everything for me was one word.”

Jones’s speech impediment didn’t seem to affect the show he put on for about 200 Simpson students Friday evening in the Black Box.

Many students, like sophomore Mandie Gassman, left the show with their cheeks hurting from laughing so hard.

“I thought the hypnotist was hilarious,” Gassman said. “He really knew how to work the crowd and entertain us. He didn’t do a typical hypnotist routine, but instead had a unique show that had me laughing so hard I was crying.”

Sophomore Abby Peterson was one of the audience members who got hypnotized.

“The experience was so surreal,” Peterson said. “It was like it was someone else doing all that stuff, not me. I had a great time, and I’m sure my friends got a good laugh.”

This isn’t the first time Jones has performed at Simpson.

Three years ago, he was invited to come and perform at Simpson.

Jones has performed in all 50 states and just came back from doing a show in Canada. He mainly performs at colleges and universities.

“Ninety-eight percent of my work is for colleges and universities,” Jones said. “Universities are more fun than community colleges because, like, just the sense of community here versus a community college where we would go home and people are like in your class, but they’re like 45 years old.”

“I got to do a show very last minute for Eminem and his daughter at their house, which was amazing,” Jones said.

In college, Jones was a magician. With free time in grad school, he was able to master the art of hypnosis.

“I was a magician, but I wasn’t very good because I didn’t practice, and then I told the secrets, too. So I was a very bad magician,” Jones said. “That’s like the No. 1 and No. 2 rules. Don’t tell people how you do a trick and actually practice. And with hypnosis, I can literally tell you how I’m doing it, and it still appears amazing.”

Jones said the funniest part of his shows depend on the individuals who are hypnotized.

“When they’re responding and saying funny things, it’s very entertaining, versus when I say something or plan something funny, it’s not as good,” Jones said.

To end his show, Jones shared a book about a doctor in New Orleans who teaches medical hypnosis to cure stutters, depression and help woman with pregnancy.