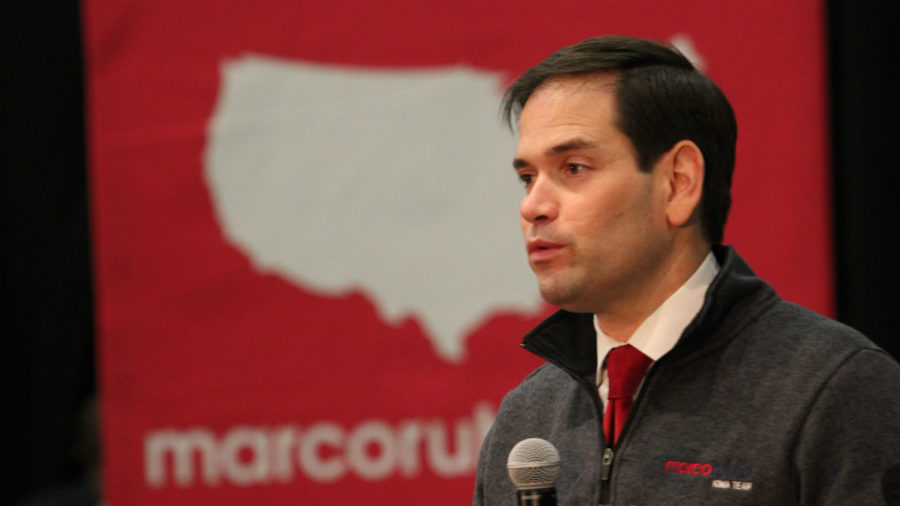 With the contentious environment of the 2016 Republican field, it is easy to get lost in the desperate rhetoric of the dying American Dream.

But no one is more exemplary of that dream than Republican candidate Marco Rubio.

Rubio was raised by Cuban immigrants in a working class family and started his college career at a small private college, like Simpson, on a football scholarship.

After representing Florida for five years in the U.S. Senate, he finds himself as the youngest candidate running for the Republican nomination.

He supports throwing out the Common Core and giving education back to the local level.

He wants to repeal burdensome regulation on farmers.

What sets Rubio apart from other Republicans is his focus on higher education reform, as the only one putting forth this issue on the Republican side.

Student debt issues are something Rubio knows too well after joining the Senate in 2011 with $100,000 in student loan debt.

He calls for a complete overhaul of the way students approach getting an education and improved support for vocational and technical programs. He wants to create a common sense payment method for student loans that allows students to pay back debt at a rate based on income.

Rubio wants to help the Internet age flourish and doesn’t want government to get in the way.

He will ensure that today’s sharing economy is protected from unnecessary taxation and regulation from outdated government infrastructure.

He supports a free and open Internet and will fight against the net neutrality takeover.

It’s this focus on a brighter future for regular Americans that compels The Simpsonian editorial board to endorse Marco Rubio for the Republican nomination. Rubio promotes traditional conservative values with a clear focus on the future.