Abortion rights remain a voting issue for the November midterms 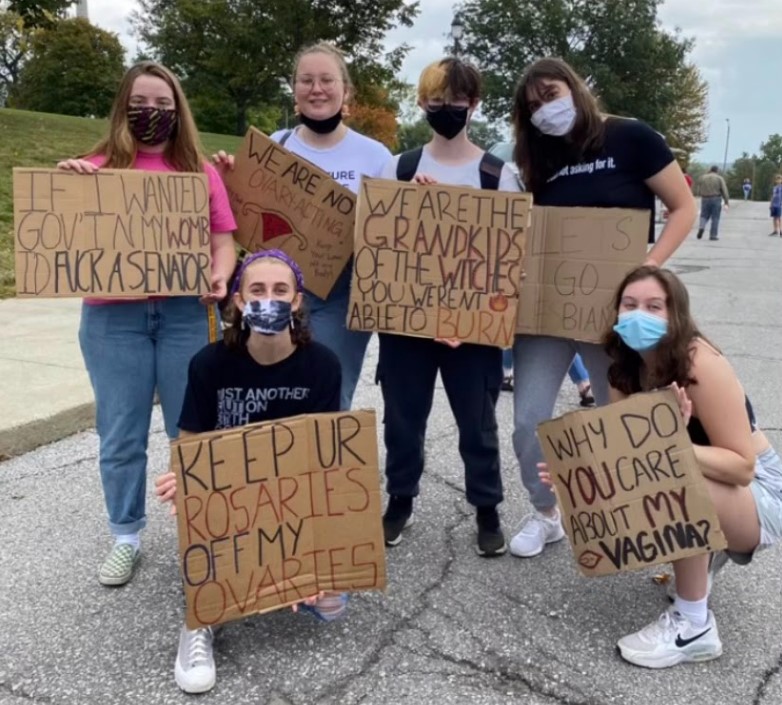 Uncertainty regarding reproductive rights remains a concern heading into the midterm elections, even for Simpson students.

The United States Supreme Court voted 6-3 to overturn Roe v. Wade this summer, the landmark case that guaranteed the right to an abortion. This decision allowed states to pass any restriction they wanted to.

While many states had ‘trigger laws,’ which immediately placed restrictions on abortion, Iowa did not.

“The current law in Iowa, as of right now, restrictions exist after 20 weeks,” Adrienne Gathman, assistant professor of political science, said. “Those restrictions only allow abortion for the health of the mother. Before 20 weeks, abortion is legal.”

But the current status of abortion is likely to change in the coming months.

“We did have a law from 2018 that a permanent injunction was placed on because of the right to abortion,” Gathman said. “That means the law can’t go into effect. It was a fetal heartbeat law.”

Governor Kim Reynolds has requested that the Iowa Supreme Court, which blocked the law, review the injunction.

There is also a constitutional amendment in the Iowa statehouse to clarify that the Iowa constitution does not protect abortion rights.

While other areas of reproductive care are currently protected under different Supreme Court precedents, they are also in question. In particular, Griswold V. Connecticut, which guaranteed the right to contraception, may have the same fate of being overturned.

Facing a shifting legal landscape, Simpson College says it will be committed to providing the best care for students. Katie Lee, the director of health services, plans to continue the care provided in the past.

“We don’t plan to change anything. Our goal is to provide reproductive and sexual health services and education as best we can,” Lee said.

With the nature of reproductive rights in question, many Simpson students are thinking about it as they prepare to vote in November.

“I think it should be up to the person,” junior Adria Fullerton said. “But I think politicians should be aware of both sides.”

Students on both sides of the debate expressed complicated feelings.

“I’m supportive of Roe being overturned,” junior Lydia Bettis said. “But I don’t like government overreach.”

Regardless of their stance, all students said it was something they would think about when voting.

Republicans in the Iowa house of representatives, who hold a strong majority, are likely to push the state constitutional amendment forward if they maintain control of the house.

The Iowa senate is also controlled by Republicans, and with Kim Reynolds as Governor, this means the Republican party holds full control of the state government. All representatives, half of the state senate, and the governorship are being elected in the coming midterm election.

For students who don’t know how to vote, there are many resources available.

“For students who want to get registered, talk to your Andrew Goodman representative through the Culver Center,” Gathman said. “They can get your specific housing information to ensure you’re registering for the correct district because we have a couple of different precincts running through campus.”