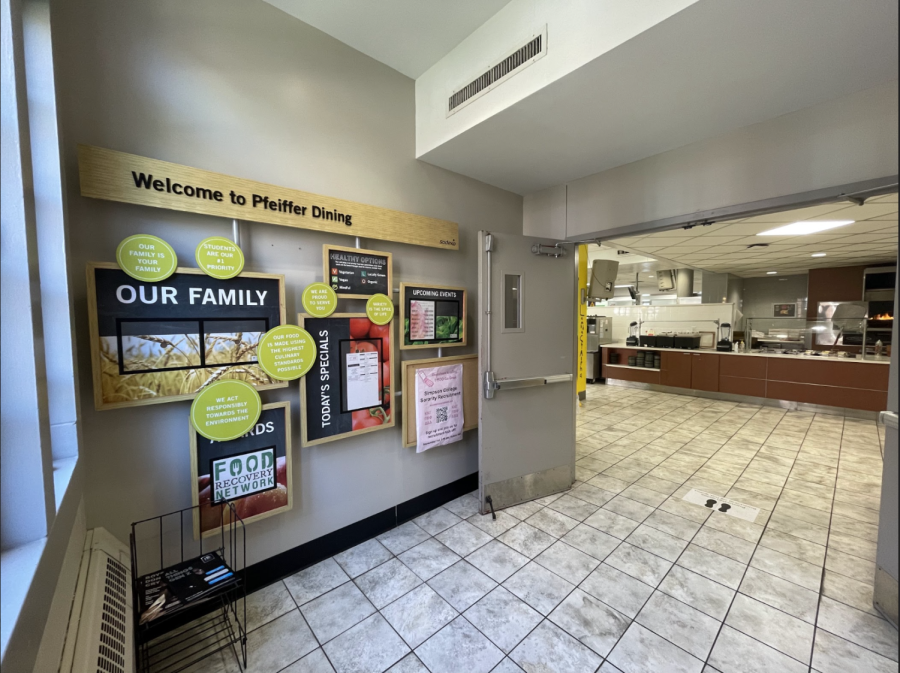 Ben Nielsen took over as the new general manager of Simpson dining in the spring of 2022. With the new school year underway, Nielsen has already made some noteworthy changes.

A big reason for elongating hours was to accommodate student-athlete schedules.

“Some of the new ideas came from a contract renewal and a dining service survey,” Nielsen said, “but mostly we wanted to help out student-athletes since practices go so late and the only option for so long was Tyler’s.”

Some students are not convinced extra hours are an easy fix to past complaints.

“We usually don’t end [softball] practice until 7:15 or later. Now Pfeiffer is open when we are done, which is nice, but at the same time the good food is usually picked over or cold by the time we get there,” senior Zoe Baker said.

Within his first few months, Nielsen experienced difficulties making decisions but was prepared for some backlash.  “We can’t please every student, so we just ask for patience as we work into this school year and figure things out with how and when students are eating,” he said. “But we will review after the first four weeks and see if we need to adjust anything.”

“I was working late last semester so by the time I got off, Pfeiffer would be closed. Now I can actually go and eat after work and have more options,” Williamson said.

Other changes for Pfeiffer include a new chef, a self-serve option that doubles as an omelet station in the morning and transitions to stir fry in the afternoon, a self-serve smoothie bar and a highly demanded vegetarian bar.

“The improvements from last year are definitely noticeable. The salad bar looks a lot more appealing this year, it was kind of sketchy last year, and I am super excited to try out the self-help stations.” Williamson said.

With Pfeiffer now open until 9 p.m. and offering more options than ever, other adjustments needed to be made.

“We had to compromise with Pfeiffer now being open for 12 plus hours by taking away from somewhere else, which is why Tyler’s will now close at 7:30 p.m. Monday through Thursday,” Nielsen said.

On Fridays, however, Tyler’s Grill will still be open until 11 p.m. like last year, but will be closed on Saturdays and Sundays.

Fifth-year senior Sam Van Rossum said, “I don’t typically eat at Pfeiffer, but I do think adjusting the hours was a good change for athletes. I also wish other places were open later though, just to have more options available late at night.”

Overall, attitudes seem positive for the future of Pfeiffer and the direction dining services are headed. As Van Rossum put it, “Pfeiffer has improved tremendously since my first year here. My freshman year a bunch of people got food poisoning from the fish, so food quality and the overall atmosphere is already much better.”